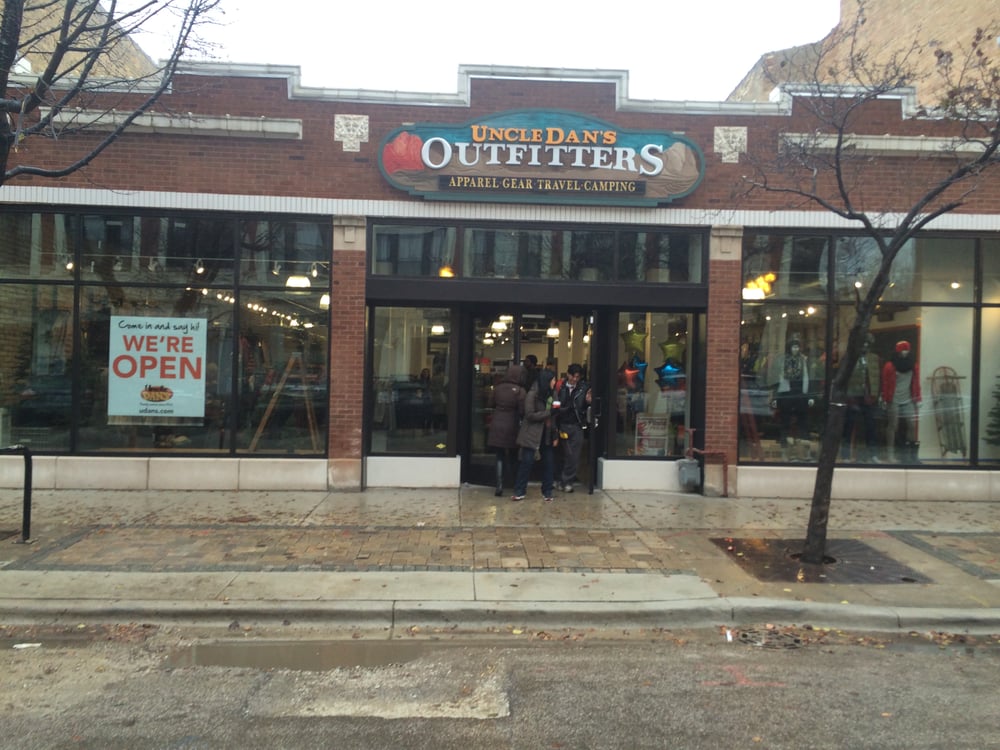 Uncle Dan’s Outfitters locations have had a heckuva problem in our area this holiday season.

On Black Friday, a shoplifting mob hit the sporting goods store’s Southport location. The shop lost four Canadian Goose coats worth $500 to $1,700 each in the raid.

Around 4:30 this afternoon, a group of four teenagers entered the store, and each took a Canadian Goose coat valued at $1,000 each. The crew battered a store worker who tried to intervene. They fled in a four-door Chevy that is registered to an address in the Grand Crossing neighborhood.

Yesterday, two people entered the store around 2:30 p.m. and started trying on coats, police said. The offenders then cut a cord that connected the jackets to a wall and fled the scene in a dark-colored SUV. The suspects were described as a 25- to 29-year-old black man who stands about 5’10” tall and weighs about 170 pounds with a black female, 25- to 29-years-old 5’5” tall and 125 pounds.

Sponsor CWBChicago for as little as $4.08 a month to receive exclusive reports and services.
———-
Email      Facebook       Twitter       YouTube
About CWBChicago 4360 Articles
CWBChicago was created in 2013 by five residents of Wrigleyville and Boystown who had grown disheartened with inaccurate information that was being provided at local Community Policing (CAPS) meetings. Our coverage area has expanded since then to cover Lincoln Park, River North, The Loop, Uptown, and other North Side Areas. But our mission remains unchanged: To provide original public safety reporting with better context and greater detail than mainstream media outlets.
Website Facebook Twitter YouTube