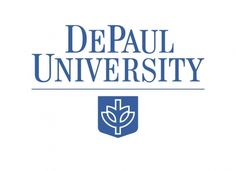 UPDATE 11:40AM—Police have clarified that the Racine/Clybourn incident occurred in the 1600 block of West Armitage. DePaul Public Safety earlier provided the Clybourn/Racine location. Our original report follows.
——————–
Six DePaul University students were robbed in three separate hold-ups on and near the school’s Lincoln Park campus early today. No one is in custody and the same robbery crew is believed to be responsible for all three cases.

Around 12:20 a.m., a DePaul student was robbed at Clybourn and Racine by four men armed with two handguns who emerged from a white Audi SUV, according to an email distributed by DePaul Public Safety early today.

Within minutes, a second robbery was reported outside of Roy’s Furniture, 2455 North Sheffield. In this case, four DePaul students were robbed at gunpoint by a group of offenders who emerged from a white Audi or BMW.

Around 12:25 a.m., two men jumped out of a white Audi in the 2300 block of North Sheffield and demanded a student’s belongings. The victim handed over a backpack containing a laptop, which the offenders took before returning to the vehicle which headed southbound, according to police and DePaul officials. No gun was displayed in the third robbery, but one of the robbers said that he was armed.

All three robberies are believed to have been committed by the same crew. Police described the robbers as four to five black men, two of whom wore red hoodies. They are using a white Audi SUV with a license plate that may end with the numbers “8091.”

Public safety news first and in detail. Exclusively from CWBChicago. Please support our efforts.
———-
Email      Facebook       Twitter       YouTube
About CWBChicago 4360 Articles
CWBChicago was created in 2013 by five residents of Wrigleyville and Boystown who had grown disheartened with inaccurate information that was being provided at local Community Policing (CAPS) meetings. Our coverage area has expanded since then to cover Lincoln Park, River North, The Loop, Uptown, and other North Side Areas. But our mission remains unchanged: To provide original public safety reporting with better context and greater detail than mainstream media outlets.
Website Facebook Twitter YouTube