A new campus safety alert from DePaul University’s Office of Public Safety provides a good look at how “flyer boy” teams operate to steal phones and other valuables in public places. The school’s notice provides valuable street knowledge for Chicagoans. 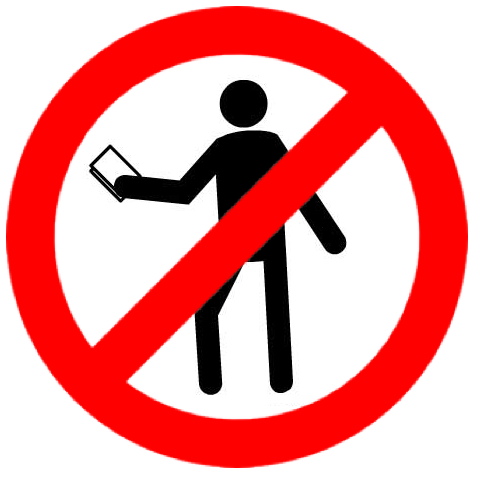 Safety officers reported that a number of cell phone thefts had occurred on and near DePaul’s Loop Campus in recent weeks. Many of the thieves used the same technique:

Persons sitting at tables with their cell phones on the table near them were approached by an individual with a flyer. The content of the flyer varies, but is often about a sports program. The person holding the flyer solicits a contribution for the purported organization, while placing the paper over the cell phone before taking the phone and walking away.

Some of the thefts have involved groups of two or three individuals working together. One will distract the victim while others take their phone.

It’s not mentioned in the DePaul alert, but some bucket boys (like this one) and other fundraising troupes use flyers to distract people and snatch phones on streets and sidewalks downtown.

Word On The Street

You may remember a streak of thefts “flyer boys” who entered local businesses under the guise of “raising money” for some function. While patrons and employees are distracted, other members of the group collect unattended phones and purses before the entire crew hustles out the door.

Well, a long-time reader dropped us a line to say he is sure that he saw a team of thieves previously “featured” on CWB near Diversey and Halsted this week.

“I’m willing to bet they are in the area again looking for easy targets,” he said. “One of the kids is wearing a very distinctive jacket with front patches. Underdressed for the weather as well. Please let your readers know.”

Consider it done. And thanks for the heads up.

Receive exclusive reports and services, including our 2018 Judges Scorecard by becoming a CWBChicago subscriber today. Packages start at just 94-cents per week!
———-
Email      Facebook       Twitter       YouTube
About CWBChicago 4360 Articles
CWBChicago was created in 2013 by five residents of Wrigleyville and Boystown who had grown disheartened with inaccurate information that was being provided at local Community Policing (CAPS) meetings. Our coverage area has expanded since then to cover Lincoln Park, River North, The Loop, Uptown, and other North Side Areas. But our mission remains unchanged: To provide original public safety reporting with better context and greater detail than mainstream media outlets.
Website Facebook Twitter YouTube