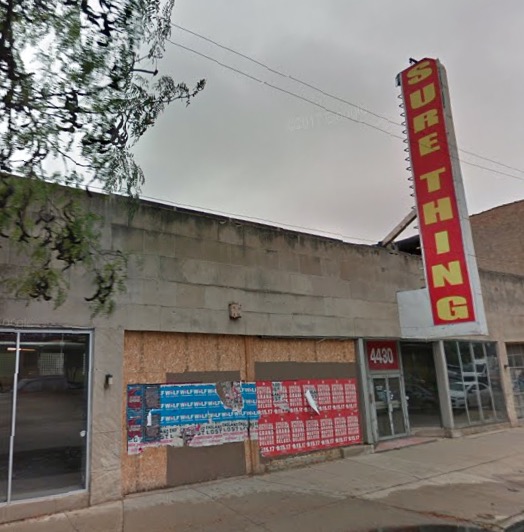 The grown-ups were walking their children home from school around 4 p.m. when they saw a shirtless man sitting alone in a car outside of the old “Sure Thing” auto dealership at 4430 North Western, according to the alert and a separate report.

When the parents looked closer, they found the man to be completely nude and possibly in the process of ingesting narcotics. Cocaine specifically, according to their initial call to 911.

The man eventually drove away southbound on Western. He is described as white, heavyset, 40- to 55-years-old, with gray hair. He was driving a maroon older model Pontiac Grand Am.

Police don’t know what to make of the situation, but they are asking people to not pursue suspects and to call 911 with any details of any suspicious activity.

Receive exclusive reports and services, including our 2018 Judges Scorecard by becoming a CWBChicago subscriber today. Packages start at just 94-cents per week!
About CWBChicago 4360 Articles
CWBChicago was created in 2013 by five residents of Wrigleyville and Boystown who had grown disheartened with inaccurate information that was being provided at local Community Policing (CAPS) meetings. Our coverage area has expanded since then to cover Lincoln Park, River North, The Loop, Uptown, and other North Side Areas. But our mission remains unchanged: To provide original public safety reporting with better context and greater detail than mainstream media outlets.
Website Facebook Twitter YouTube