Not often, but sometimes, this crime journalism thing can be entertaining. Here are a few fresh reports from our “stupid” file:

• Jabiel Ramirez of Berwyn has been charged with the December burglary of a home in the 4000 block of North Sacrament in the Irving Park neighborhood.

In his arrest report, police point to two strong clues that led them to arrest the 49-year-old. First, they secured video of Ramirez selling the victim’s computer equipment and jewelry at a pawn shop. And, second, Ramirez left his wallet and LINK card in the victim’s kitchen.

• Two men are facing theft charges for allegedly stealing an Amazon box from a Boystown man’s front stoop. Wheeling resident Dayvontay Hall, 23, and 24-year-old Anthony Cooper of Wicker Park were arrested in the 700 block of West Addison on January 27 after the victim identified himself as the owner of the box they were walking with.

And what was inside the box that Hall and Cooper reportedly just HAD to have? $15 worth of dog food. The dynamic duo has been charged with theft.

Become a backer of CWB’s work and receive exclusive reports and services year-round. Subscriptions start at $49 a year or $5 a month. You can also one-time donate an amount of your choosing. Click here — and THANK YOU!

• Finally, a different kind of stupidity.  Chicago Police Superintendent Eddie Johnson, who has repeatedly broken his promise to increase manpower in the 19th (Town Hall) Police District is making even more promises. 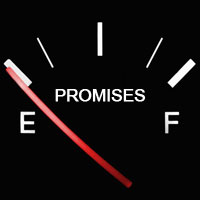 According to a report by the Nadig Newspapers, Johnson has promised a “surge of police officers” into the 16th Police District on the Northwest Side.

Manpower in the 16th District has fallen to 210 officers and Johnson is promising to add 20 cops there.

The stupid things (plural) are that anyone continues to believe Johnson’s empty promises and the fact that aldermen who represent parts of the 16th District are thrilled with the promised “increase” to 230 officers.

Ten years ago, the district was staffed by 270 cops—forty more than Johnson is promising.