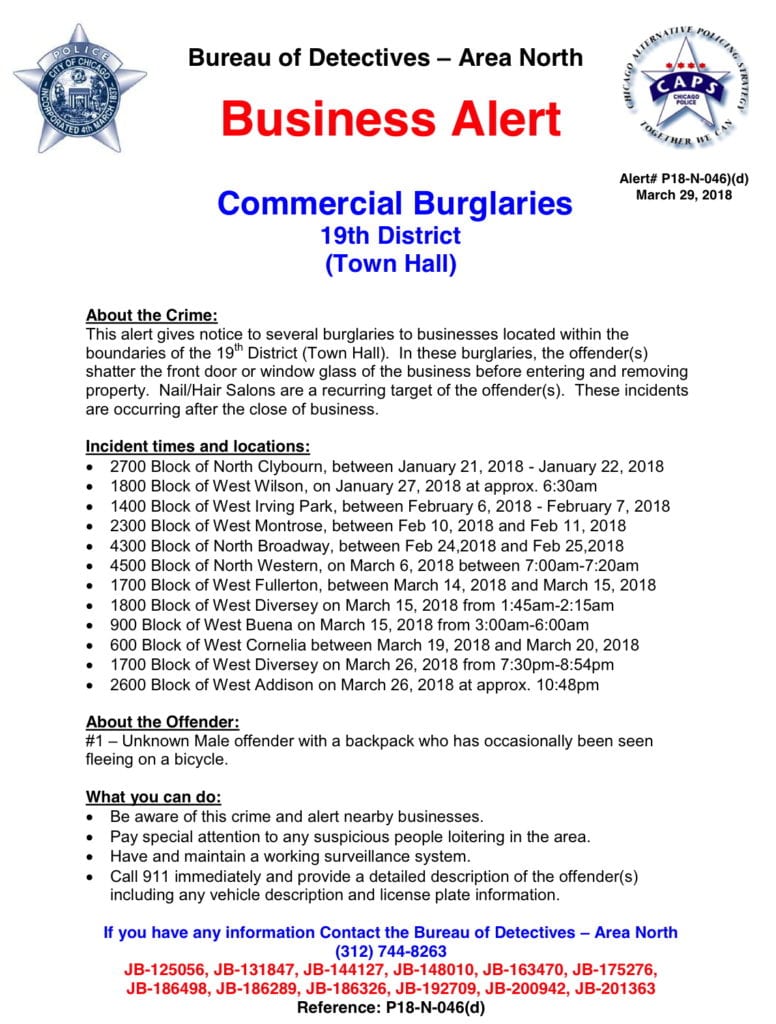 Now it’s official. Area North detectives this afternoon released a business alert that warns about a series of late-night burglaries to salons, restaurants, and shops throughout the 19th (Town Hall) District.

CWBChicago previously reported on the pattern yesterday evening and on Sunday.

The alert says an offender has been making entry to businesses at off-hours by breaking the front door or window glass. Nail and hair salons are a favorite target of the thief, police said.

No description of the burglar is available, but police say the suspect is male, he carries a backpack, and he has left some of the burglaries on a bike.

Police included a list of the following burglary locations, dates, and times:

Exclusive reporting for your neighborhood. We can only do it with your support. Subscribe for just $49 a year or $5 a month to receive members-only reports and services.
———-
Email      Facebook       Twitter       YouTube
About CWBChicago 4360 Articles
CWBChicago was created in 2013 by five residents of Wrigleyville and Boystown who had grown disheartened with inaccurate information that was being provided at local Community Policing (CAPS) meetings. Our coverage area has expanded since then to cover Lincoln Park, River North, The Loop, Uptown, and other North Side Areas. But our mission remains unchanged: To provide original public safety reporting with better context and greater detail than mainstream media outlets.
Website Facebook Twitter YouTube