UPDATE 10:17PM—A police source tonight told CWBChicago that the Barney’s crew is the same team that crashed a car into an Indianapolis Saks Fifth Avenue to steal merchandise last week. The source said the stolen Lexus is red and bears Illinois plate RDGRDG. It has not been recovered. Police believe the crew operates out of the 7th (Englewood) Police District.
———————————-
Ohh-la-la! A shoplifting mob stole an idling Lexus as they made off with about $25,000 worth of purses from an Oak Street boutique on Friday afternoon. No one is in custody. 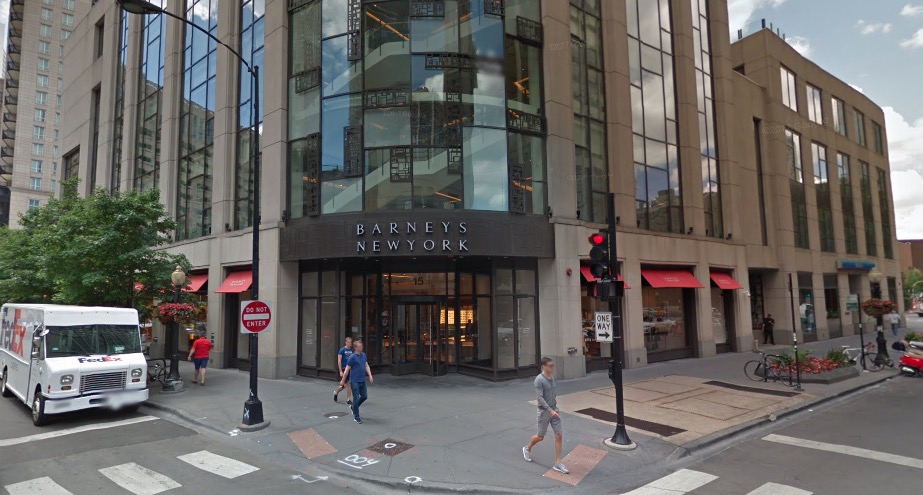 Around 1:30 p.m., a group of six thieves walked into Barney’s of New York, 15 West Oak, and made their way to the ladies’ handbags. Within moments, the crew grabbed armloads of high-end purses and ran out the door.

A CWBChicago reader was passing by when “a mob of about 6 African-American teens ran out of the store with stolen purses. The security guy ran out but didn’t catch them. A utility worker parked next to the store said that was the second time Barney’s got robbed today.”

After leaving the store, the crew ran eastbound on Oak Street where some of them jumped into an idling Lexus that belonged to a Mag Mile dentist, police said. Another group of thieves hopped into a second car and they all sped away, according to a witness.

All totaled, the purses were believed to be worth at least $25,000.

On Thursday, retailers in the area were circulating photos of a similar retail theft team that struck at Yves Saint Laurent in the Waldorf Astoria, 11 East Walton. Those offenders were described as four black male teenagers wearing dark hooded jackets and a fifth person wearing an orange and brown coat.