UPDATE 10:10AM APRIL 20: Police this morning issued a community alert that includes images of the wanted vehicle. The victim has been identified as Dorata Gieslinska. CWBChicago’s original report follows.
—————– 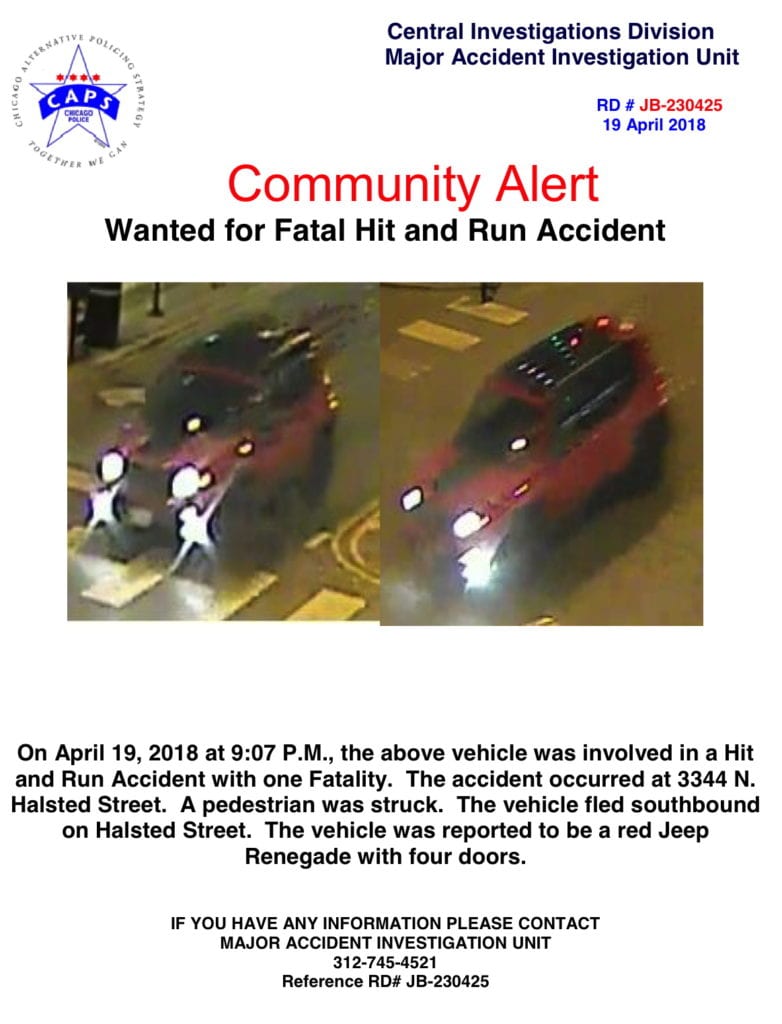 A 56-year-old woman was struck by a car and killed by a hit-and-run driver Thursday evening in Boystown, police said.. The responsible driver remains at-large.

The woman was walking westbound when a red Jeep Renegade struck her near Nookie’s Tree restaurant 3334 North Halsted, according to police and a witness. Witnesses said the Jeep continued southbound on Halsted after the collision.

The intersection of Buckingham and Halsted is painted with pedestrian crossing stripes and is marked with stop signs for all on-coming vehicles.

The victim was taken to Advocate Illinois Masonic Medical Center where she was pronounced dead.

Around 10 p.m., officers were seen entering nearby businesses in a search for surveillance cameras that may have captured images of the incident or the offender’s car.