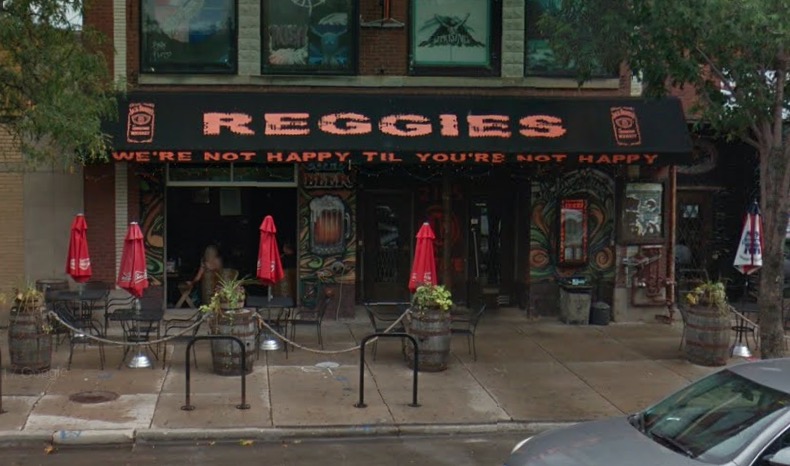 Reggie’s, the South Loop live music venue and bar, fell victim to an early morning burglary on Saturday, according to police and an employee who works at the popular club.

Police said a burglar may have used a pry bar to enter the bar shortly before 5:30 a.m. A broken door and broken glass were left behind. After looking through the place for a few minutes, the burglar reportedly left and then returned around 6 a.m. to collect a bag full of liquor and cigarettes before being confronted by an employee who had been in the basement, authorities said.

Cops on-scene estimated that over $7,000 worth of booty was taken during the break-in.

The offender was described as a black male who was wearing a black sweatshirt and a hoodie with a white hat covering his head and face. He carried a garbage bag filled with booze and smokes and wore a black backpack with light-colored stripes. He was last seen running northbound in the east alley of State Street around 6 a.m. on Saturday, according to police.