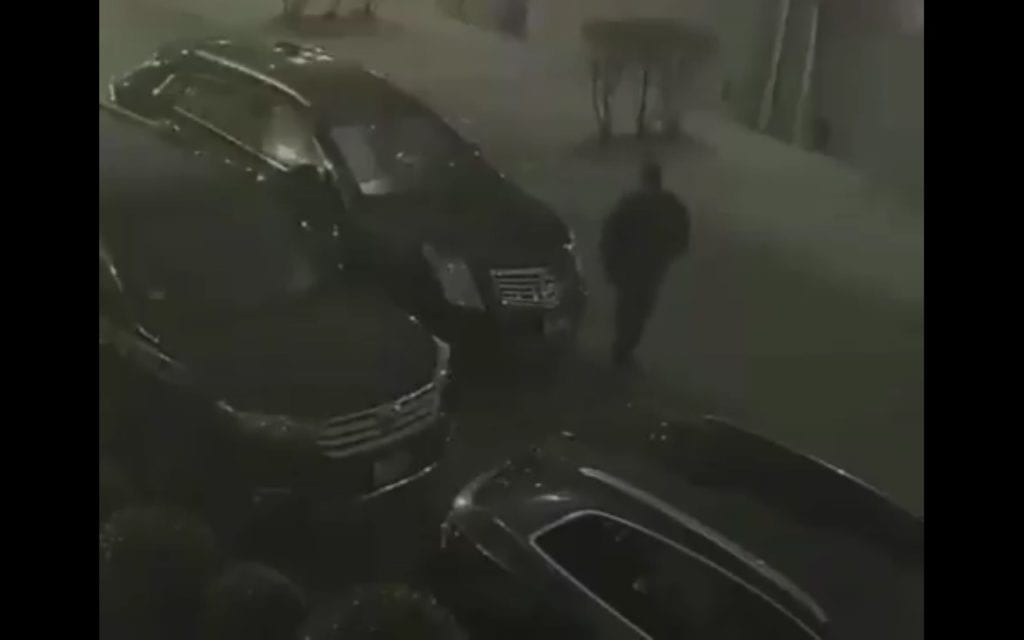 Video has been released of a man wanted for repeatedly stabbing a 21-year-old woman in Lincoln Park on Tuesday night.

Chicago police released residential surveillance video that shows the suspect double-parking a dark blue or black Cadillac SRX in the 2200 block of Wayne Street moments before the attack at 10:53 p.m. on April 10.

The man is seen sitting on a landscaping fence as the video ends. Shortly after that, police say he grabbed the victim in a chokehold from behind as she walked on Webster Avenue. He “immediately stabbed the victim numerous times in the neck and back” then fled back to his car, police said tonight.

Officials said the attacker never spoke a word and the victim was not aware that she was being followed until he had her in his grasp.

Police report that the victim’s condition was stabilized at Advocate Illinois Masonic Medical Center where she was taken in serious condition. She is a student at nearby DePaul University.

The offender was previously described as a male of unknown race who stands about 5’9” tall and was wearing all black clothing including a black hoodie and baggy black pants.