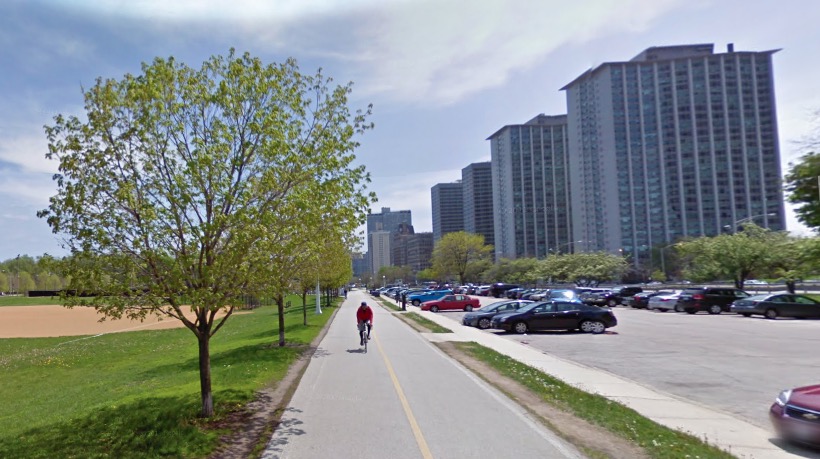 A 26-year-old man was struck with a hammer and robbed near the lakefront in Lakeview on Saturday evening, police said. He was not seriously injured. No one is in custody

The victim was near the baseball fields at 3600 North Recreation Drive when two unknown men approached him and struck him with the hammer around 7:10 p.m. The offenders took the victims money and phone, then ran away, police said.

Police described the offenders as a black male between 30- and 35-years-old who stands 6’2” tall and weighs 180 pounds. He was reportedly dressed as a female in a light brown blouse and brown shorts. The second suspect is a black male with a beard, about 29-years-old, 5’10” tall, last seen wearing a gray hoodie, tee shirt, and jeans.

Despite Saturday’s brazen mugging, the Wrigleyville and Boystown areas recorded only 30 robberies through the first four months of this year. That’s the fifth-best start to any year since at least 2001.

CWBChicago considers the area from Belmont to Irving and Southport to Lake Michigan to be “Wrigleyville and Boystown” for statistical purposes. The area is comprised of Chicago Police Department beats 1923, 1924, and 1925.

During a “Twitter Town Hall” on Friday, we asked 19th District Commander Marc Buslik what the department was doing differently to drive down muggings in our area:

“We work through analysis of offenders and their behaviors,” Buslik said. “We deploy in areas using these stats. We know where to deploy uniform & plain clothes [police officers]. Our robbery team [follows up with] victims & detectives.  A new robbery sergeant has experience with street crime investigations.”

The 19th District’s aggressive pursuit of robbery suspects resulted in the arrests of at least eight robbery offenders in five days during April.

For those of us who remember what it was like to live in the most robbery-filled police beat in Chicago just a few years ago, the sharp reversal of fortune is very much welcome.

Here’s a list of every robbery reported in Wrigleyville and Boystown through April 29, 2018. Click on links to read CWBChicago’s report about incidents and arrests, where available.