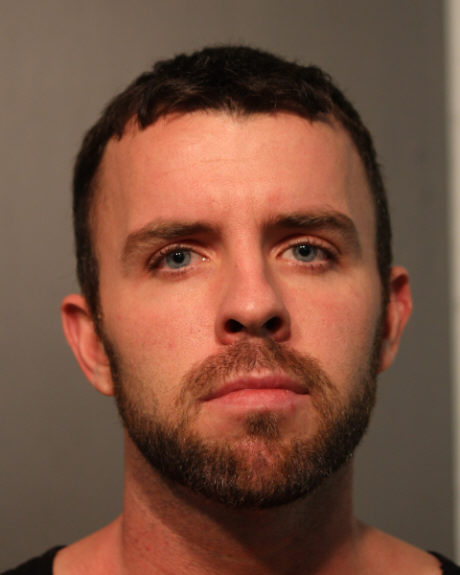 UPDATE 1:30 PM: Sleeper is back in custody. Details coming…
——–
UPDATE MAY 3:
CWB’s team has obtained sheriff’s records that suggest errors in data provided by the court clerk may partially responsible for Sleeper’s release. See the documents HERE.
————–
A 31-year-old man who had been ordered held without bail for making terroristic threats against a Boystown gay bar, its staff, and patrons has been erroneously released from the Cook County Jail, authorities confirmed tonight.

Shane Sleeper had been ordered held without bail on Tuesday after a grand jury returned a 26-count true bill that charged him with terrorism, hate crime, and a host of new charges.

See our report on the new charges here.

Sleeper had been held on $300,000 bail since misdemeanor charges were filed in February.

A Sheriff’s Office spokesperson said the department had not been informed about the new charges.

Sleeper is white, 5’11” tall and weighs 185 pounds, police said on Wednesday. His last known address was at 3550 North Lake Shore Drive. During a request for lower bail in March, Sleeper told Judge Anthony Calabrese that he had a friend in Andersonville who had offered him shelter. His request for lowered bail was denied.

A Chicago police spokesman tonight said “We are partnering with the Cook County Sheriff’s Office in locating the offender,” but offered no further comment.

Anyone with information about Sleeper’s whereabouts is asked to call 911 immediately.

Robber stabbed Uptown man, told him to ‘get out of my neighborhood’: prosecutors