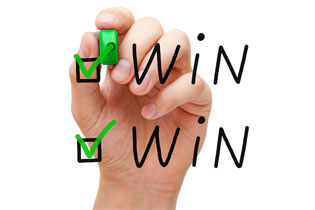 Ya gotta love it. Five temporarily-appointed Cook County circuit court judges who lost their elections in March are on the public payroll for another four years after being appointed as associate judges last week.

That’s right. The voters rejected ’em and the Cook County machine dusted ’em off and made ’em judges again. America! What a country!

Quick civics lesson: When a circuit court judge vacancy opens up in Cook County, a temporary replacement is appointed by the Illinois Supreme Court. The appointee must then be approved by voters in the next election cycle.

If they win, they get the job for six years when they must be retained by the voters again. If they lose…well, they may win anyway.

Last Monday, Cook County came to the rescue for five of the losers. That’s when rejected judges Charles “Charlie” Beach; Gerald V. Cleary; Myron “Mike” Mackoff; Stephanie K. Miller and Patrick T. Stanton were all declared to be Cook County Associate Judges in a vote by the circuit court judiciary.

Associate judges serve four-year terms. They must then win retention in a vote of the circuit court judiciary. They are generally allowed to handle any case except felonies.

One name that may stand out on that list of losers-turned-winners is Stephanie Miller. In March, voters rejected her in favor of Linda Perez by 53% to 47%.

Last September, Cook County Chief Judge Timothy Evans assigned Miller to handle initial criminal court hearings where she has been responsible for setting bail amounts. She won the assignment as part of Evans’ mandate to implement “affordable bail” practices in the county system. Miller carried that torch with vigor, frequently handing down recognizance bonds, informal curfews, or electronic monitoring even for violent crimes such as Class X felony robbery.

On the plus side, there is word that Miller—who was plucked out of traffic court to handle “affordable bail” duties—is being re-assigned out of bond court.

Speaking of Judge Miller: Our story last week about Daryl Williams, accused of shooting a man to death while being free on a recognizance bond for allegedly possessing a stolen handgun, brought an unusual response from one Chicagoan.

Williams, we reported, had been freed—no money down—by Judge Miller on the handgun charge last October. He was back in front of Miller last week on the murder case.

When our story was shared on a Bucktown area community Facebook page, one man noted that Miller is a member of the Facebook group. And a man named Ryan Nunes had a thought: “Guys, [CWBChicago] is hot garbage. Please stop reading it…”

Nunes later said “I’d move to have articles from [CWBChicago] barred from this page as their articles almost always violate the rule regarding” posts about “criminal activity.”

So, who is Ryan Nunes? It turns out he’s an Assistant Public Defender for Cook County. His job is to represent accused criminals when they cannot provide their own attorney.

He’s a learned man and we care deeply about the accuracy of our reporting. So we emailed him at his Cook County work address as well as on Facebook. We virtually begged him to tell us which aspects of our report about the Williams cases were—you know—“hot garbage.”

Nunes did not respond, although he told the Bucktown group that our outreach was “creepy.”

One person’s journalistic inquiry is another person’s creepy, we suppose.

A few things happened over the weekend: Nunes deleted his Facebook comments about us and he changed his Facebook username. Also, Miller’s election website, which we linked to in our story, went off-line. (Who needed that stupid election anyway, right, judge?)

We’d suggest that if Nunes wants to know what “hot garbage” looks like, he should direct his attention to the first story in this article.

Support CWBChicago for as little as $49 a year or $5 a month. May’s member’s only perks include first-quarter crime performance reports for North Side neighborhoods and summer safety tips.

———-
Email      Facebook       Twitter       YouTube/
About CWBChicago 4360 Articles
CWBChicago was created in 2013 by five residents of Wrigleyville and Boystown who had grown disheartened with inaccurate information that was being provided at local Community Policing (CAPS) meetings. Our coverage area has expanded since then to cover Lincoln Park, River North, The Loop, Uptown, and other North Side Areas. But our mission remains unchanged: To provide original public safety reporting with better context and greater detail than mainstream media outlets.
Website Facebook Twitter YouTube