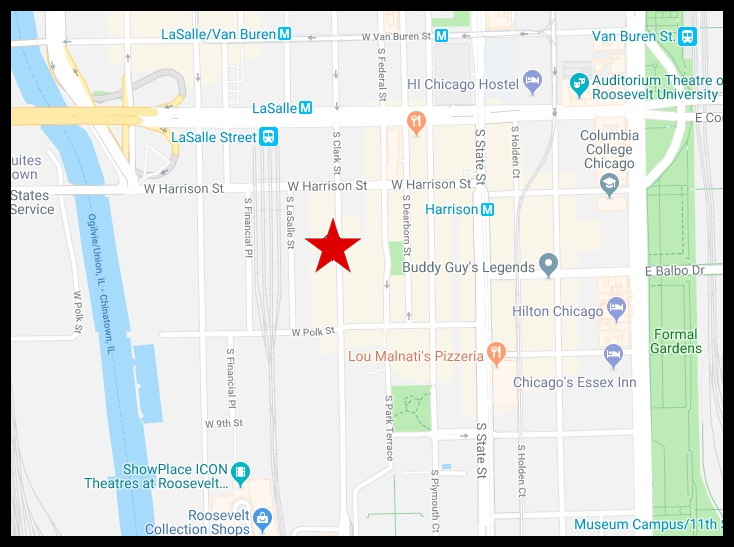 UPDATE 12:00PM—The victim has been identified as popular Chicago vlogger ZackTV1.  Full update HERE.
—————
A man was shot to death in his car in the 700 block of South Clark in the Loop around 1:30 Wednesday morning, police said. Police are questioning a man whose car was found near the scene.

Police said the victim was heading southbound on Clark when shots were fired from another vehicle, striking him in the head and neck. The man’s silver SUV crashed into a light pole across the street from an apartment building. He was taken to Northwestern Memorial Hospital where he was later pronounced dead. Aaron Dunlap posted images from the scene on Twitter:

Bullet holes could be seen in the driver’s side of the front windshield. Six shell casings were found lying on Clark Street. Cops said a handgun was found under the victim’s car.

Police did not release the man’s age, but the victim is believed to have resided in south suburban Harvey.