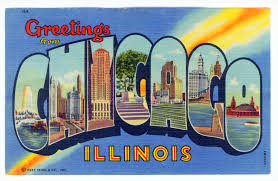 At least four tourists were mugged downtown this weekend and a fifth was robbed in nearby Lincoln Park, according to police reports reviewed by CWBChicago. The visitors were joined in victimhood by at least three locals who were jumped in the downtown area. No arrests have been made. Here’s what we know:

“Everybody Hates A Tourist”

Two friends visiting Chicago were robbed early Sunday morning in the 300 block of West Huron, police said. The men were on the street around 4:15 a.m. when four offenders approached, punched the men in their faces, and took their phones, wallets, and jewelry, according to a CPD report. The offenders were described as four black men between 18- and 20-years-old who were wearing red clothing. One of the victim’s phones was briefly tracked in the area of the Dan Ryan and Garfield Boulevard, police said.

Two more out-of-towners shared a Chicago robbery experience at the Washington Blue Line station around 11 p.m. on Saturday, records show. Two offenders reportedly pushed the victims to the ground and went through their pockets and purse. Two CTA canine security guards were on the platform at the time of the robbery, police said. The robbers escaped with a Louis Vuitton wallet, $1,000 cash, and other valuables, according to a police report. Suspect descriptions:

At 8:30 Friday evening, a woman visiting Chicago was robbed just west of Clark and Fullerton in Lincoln Park. The woman was on the sidewalk when a man ripped her purse away and fled, police said. She was unable to provide officers with a description of the offender.

Chicago police officers provided all of the visitors with rides back to their host hotels.

At least four Chicagoans were also robbed in the downtown area over the weekend.

Shortly before 5 a.m. Sunday, two women were in the 700 block of North LaSalle when a man approached, grabbed one of their purses, and then dragged the victim until she released it, according to police. The offender—described as male, black, and about 5’10” tall—was last seen running into an alley between Huron and Superior streets, the victims said.

A woman reported that she was the target of an attempted robbery at the Lake Street Red Line station around 9:15 Saturday morning. She said a man approached her and asked to borrow her phone.  When she refused, the man grabbed her and started going through her pockets in search of valuables. He fled through the northeast stairwell without getting anything, the woman said.

Around 12:30 p.m. on Friday, a woman reported that two men came up from behind, pushed her down, and stole her shopping bag at the Jackson Blue Line station, 328 South Dearborn. The muggers will probably be disappointed with the pay-off. The woman told police that the bag only contained a work uniform sweater.