Video of a disturbance inside a downtown McDonald’s shows the moments leading up to and following a woman’s alleged attack of a teenager with a hammer.

The video, tweeted to CWBChicago late Tuesday by a man who said he was at the restaurant, appears to be a collection of snippets rather than continuous footage.

Also new this morning: A Chicago Police Department source said that prosecutors downgraded charges against the accused hammer-wielder from felony aggravated battery to misdemeanor battery. The video may explain why.

Hannah J. Walker, 36, was arrested around 9:30 Monday night after police responded to calls of a melee involving “mops and a hammer” inside the restaurant at 10 East Chicago. 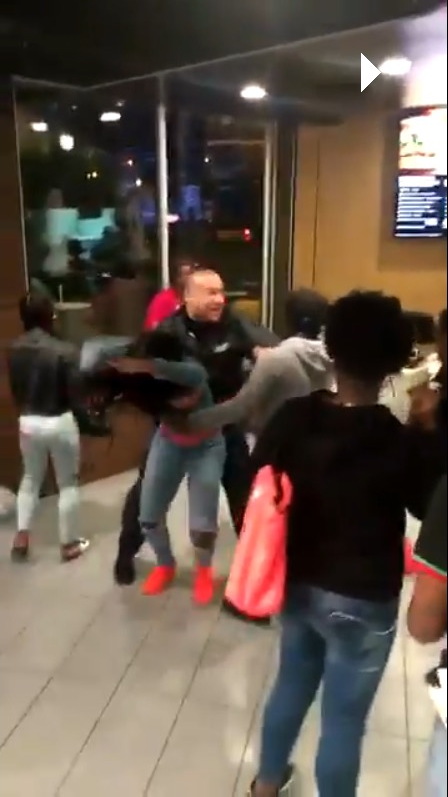 A 16-year-old girl said she lined up to order and saw Walker arguing with another customer in the restaurant. Walker allegedly then approached the victim and insisted that she would be served next. When the teen disagreed, Walker pulled the hammer from her purse and started swinging, the girl said.

Here’s what the video appears to show:

The footage begins as Walker stands with her back to the counter with a security guard, an employee and three or four other customers. An argument is underway.

At the seven-second mark, Walker moves her red sweater and appears to reach into her purse. Three seconds later, she swings the hammer forward but does not make contact with anyone.

The video cuts to a wild scene with the security guard apparently trying to break up a fight. Walker has moved to a new location with her back to the window. She appears to be swinging the hammer repeatedly. The crowd is separated from Walker by the guard.

In the next snippet, Walker is standing by herself at the counter with the guard nearby. A woman emerges from the crowd with a broom that is swung over the guard’s shoulder in an apparent attempt to hit Walker. The broom-wielding woman is pulled away from the guard by another customer.

Walker continues to stand at the counter alone and makes no attempt to leave the scene. 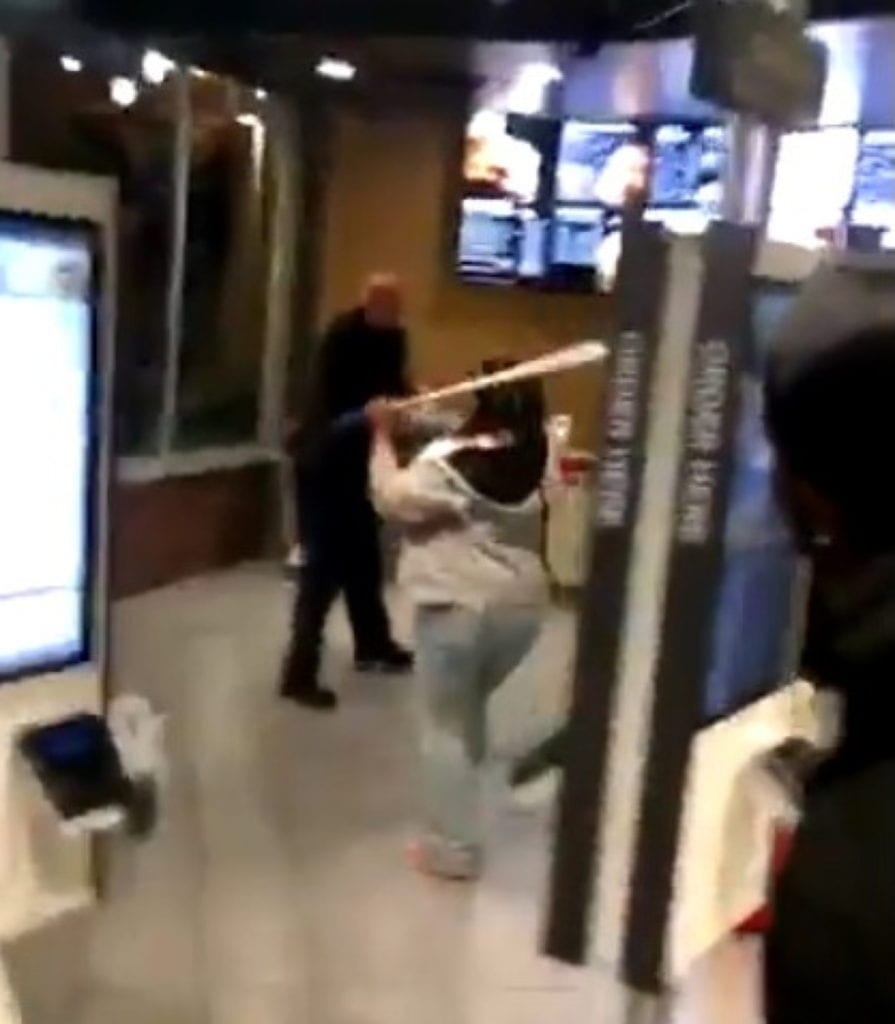 The scene changes again. The guard is working to stop a man who is apparently trying to throw a chair at Walker who continues to stand alone near the counter. A female customer throws a handful of items at Walker from across the restaurant. Walker remains in place. 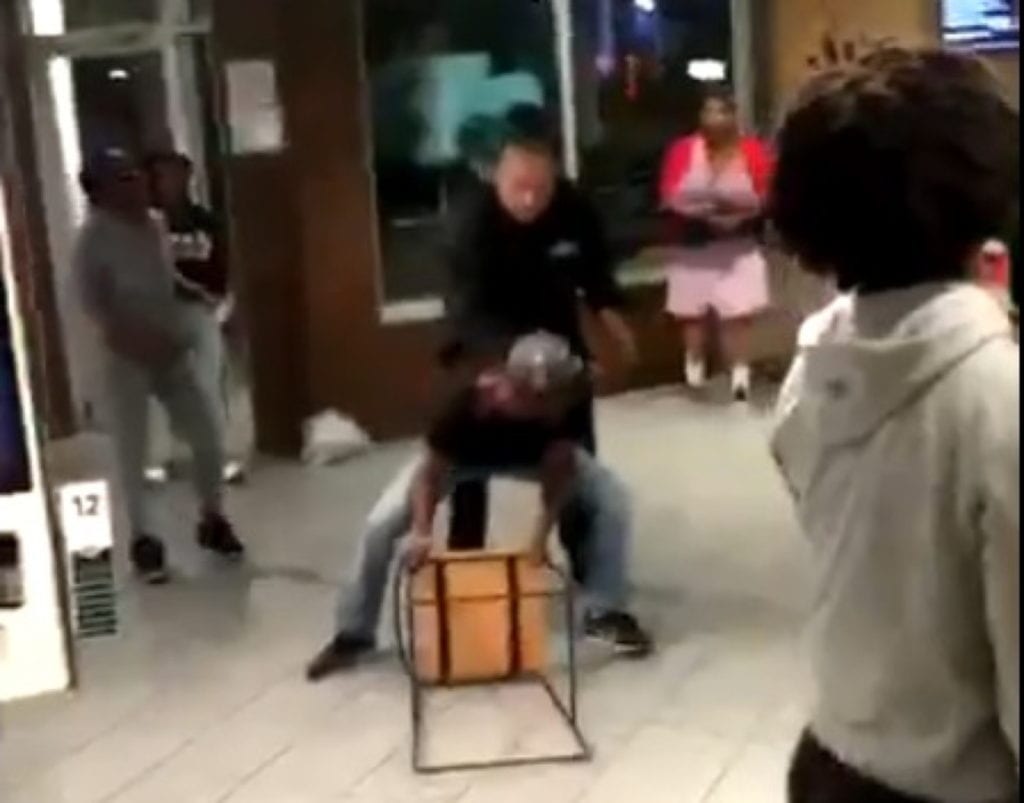 Alderman Brian Hopkins, whose ward includes the McDonald’s, tweeted overnight, “recently posted video completely contradicts [the victim’s story]. It shows Walker cowering defensively in a corner, attempting to take cover behind a security guard, while Ware and her friends are the aggressors. Ware’s friend attacks the guard with a mop.”

It is not clear if Hopkins is referring to the same video shown above.