(LAKEVIEW EAST) Cops captured a would-be burglar inside a home in the 500 block of West Hawthorne Place early Thursday. The family that lives in the residence is on vacation, according to a neighbor. Officers arrived at the home around 4:20 a.m. and found the prowler still inside. He had apparently entered through a rear side door. We will post an update to this story when charges are approved. 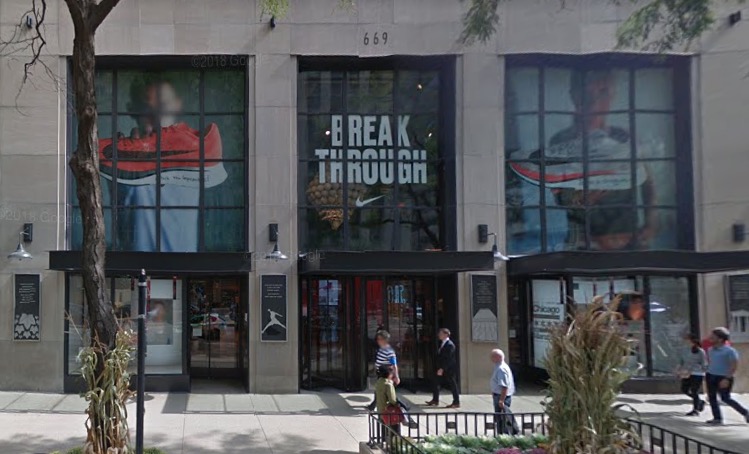 (MAGNIFICENT MILE) A five-man shoplifting mob struck the flagship Nike Store, 669 North Michigan, on Wednesday evening, police said. The crew reportedly entered the store shortly before 7 p.m. and then ran out with a collection of shoes minutes later. Three offenders fled westbound on Huron while the other two ran north on Michigan. Police broadcast descriptions of two suspects: One is a heavyset black male wearing a red shirt and jeans. The other is a black male who wore a black and white striped shirt.

(UPTOWN) A parolee has been charged with stealing cash registers and liquor from the Jewel-Osco store at 4355 North Sheridan, police said. Shortly after midnight on June 18, store workers reported that a man was stealing the coin dispensers from cash registers. Responding officers, armed with a description of the offender, stopped 20-year-old Taveon White in the 900 block of West Agatite. The store manager identified White as the man who had stolen two coin dispensers, taken three register drawers off of their tracks, and smashed a glass liquor case to get a bottle of Jim Beam. White is charged with one count of burglary. Bail is set at $20,000.

State records show that he was paroled in September after serving half of a four-year sentenced he received for two residential burglaries. In 2013, he was sentenced to three years for armed robbery with a handgun.