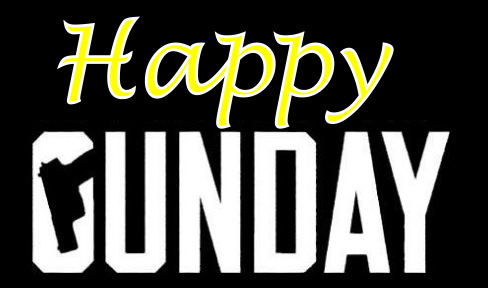 It’s been a little while since we’ve reported on Chicago gun offenders and the bail amounts that are being set by Cook County Judges.

On the plus side, nearly all judges now require at least some cash deposit from accused gun offenders who want to get out of jail to await trial.

On the downside, the bail amounts remain incredibly low, usually requiring $1,000 or less to secure freedom.

Here’s a look at some cases we’ve come across lately:

• Police patrolling the Hubbard Street bar strip in River North early Sunday said they ran the license plate on a 2018 Jaguar that was sitting in a no-parking zone. The car came back as being stolen in Alexandria, VA, and cops were also told that the vehicle had recently escaped from police during a chase in Calumet City.

Before long, 23-year-old David Williams of Dolton stepped out of the car and police tried to take him into custody. He ran and was arrested after a short chase, cops said. During a search of the Jag, a loaded handgun was found between the driver’s seat and center console, officers said.

Williams is charged with felony aggravated unlawful use of a weapon; misdemeanor criminal trespass to vehicle; and misdemeanor reckless conduct.

• Geoffrey Miller, 30, was stopped by police in the 400 block of North Orleans around 8:30 p.m. on June 14 because he matched the description of a man who had been seen with a gun in the area, prosecutors said. Indeed, cops said they found a loaded handgun on Miller along with a bag of suspected heroin and 51 suspected Xanax pills.

Judge David Navarro set bail at $5,000, allowing Miller to go free by putting down a deposit of $500.

• Police responded to a call of shots fired in the Portage Park neighborhood around 1 o’clock Sunday afternoon. During their investigation, they spoke with Lazar Youkhana, the clerk at a neighborhood liquor store.

Youkhana told police that two boys came into his store, grabbed two bottles of Hennessey, and left without paying. Youkhana explained that he picked up his handgun, chased the boys down the street, and fired “two, maybe three” warning shots into the air, police said.

Prosecutors charged the 57-year-old Skokie resident with felony aggravated unlawful use of a weapon and felony reckless discharge of a firearm.  Bail was set at $15,000 by Judge Stephanie Miller. Youkhana posted a 10% deposit to go free.

• Shortly after noon on June 18, 39-year-old Matthew Becerra of Knoxville, TN, approached a security guard in the first block of West Erie in River North. Becerra pulled a handgun from his waistband, pointed it at the guard’s head, and pulled the trigger, prosecutors said. The gun was not loaded. The guard tackled Becerra and held him for police. During questioning, Becerra told police that he wanted to kill himself and he confronted the security guard because he thought he was armed and would shoot Becerra.

Becerra was evaluated at Northwestern Memorial Hospital and released. Prosecutors charged him with unlawful use of a weapon by a felon and aggravated assault of a peace officer.

Judge Miller set bail at $20,000 and ordered Becerra to go on electronic monitoring if he is able to post a $2,000 deposit.

• Around 10:30 on Sunday morning, callers reported seeing three men on Divvy bikes firing multiple shots in the 800 block of North Kingsbury. While police searched the area, they saw Joshua Gills and another man standing on a corner. The other guy dropped a handgun and ran. Cops chased him down. Other officers said they noticed a “weighted object” in Gills’ front jacket pocket. A pat-down search revealed the object to be a loaded handgun, police said.

Gills, 19, is charged with felony aggravated unlawful use of a weapon. Judge Miller set his bail at $10,000. He posted 10% of that amount to go free. Details about charges against the other man were not immediately available.