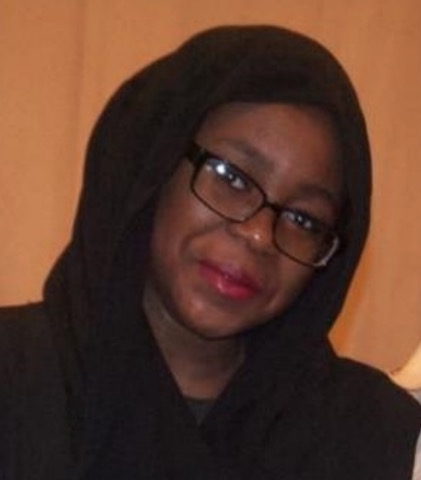 UPDATE 11AM JUNE 19 — Chicago Police just announced that Fowsia has been located. No further information was provided in the announcement.
———————
A Rogers Park girl has been reported missing after she failed to return home from school on Thursday, police said in a bulletin issued Sunday night.

Fowsia Ibrahim, 14, lives in the 1400 block of West Howard. She went to school on Thursday morning but has not been seen since.

She was last seen wearing a yellow hijab, a black shirt, and a black and gray striped skirt. She has black hair, brown eyes, stands 5’5” tall, and weighs 130 pounds, the police notice said.

Anyone with information about Fowsia’s whereabouts is asked to call the Area North Special Victims Unit at 312-744-8266.