Five years ago, we published our editors’ recommendations for enjoying the Chicago Pride Parade weekend safely. There have been some improvements in the parade since then. But everything we wrote in 2013 applies equally to this coming weekend. Avoid Belmont. Leave at a relatively early hour. Trust your gut. 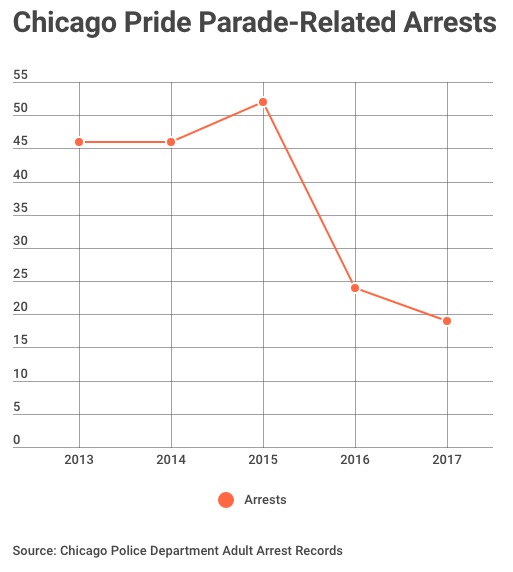 Parade-related arrests hit a low of 19 last year. Just two years earlier there were 52 arrests during and following the parade. The vast majority of the arrests are made in the hours after the parade. That’s one reason we say “enjoy the parade, then leave.”

Parade organizers and the city are still trying to get the event to wrap up in a timely fashion. For official records, the city determines parade running times by tracking how long it takes every entry to cross the starting line.

After cutting the number of parade entries in 2016, the Pride Parade’s “official” running time fell from 3 hours, 13 minutes to about 2 hours and 20 minutes. 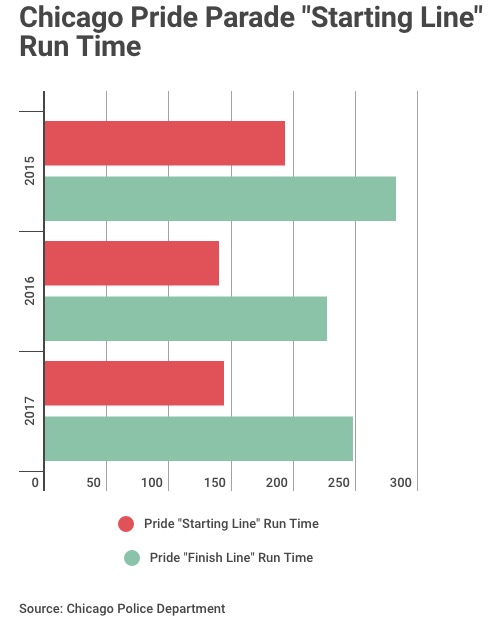 Of course, it takes much longer for parade entries to actually walk the route. The parade’s actual runtime—from the time the first entry crosses the start until the last entry passes the finish—continues to exceed three hours.

Enjoy the weekend. And, as promised, here are our annual suggestions for doing Pride sensibly:

• Stay with the herd. Walk with at least one other person. If possible, tag along with other groups.

• Carry as little cash as possible. If you can get by with your ID and one credit card, do it. Leave everything else behind.

• Avoid using your phone on the street.

• Do not get drunk. Okay, fine, we’ll meet you halfway. Do not drink to the point that your level of intoxication is apparent in the way you act. Swervy, stumbly people may as well scream “take my stuff!”

• Do not engage strangers who are lingering on the street. Keep walking. Do not stop to give someone a cigarette, a light, or a dollar.

• Leave if things start to get sketchy.

• Leave the area by midnight. If possible, take a taxi, Uber, or Lyft.

• If you take the train, do not use the Belmont station.

• Avoid walking through large groups that are blocking the sidewalk. Go as far around as possible.

• On Sunday, Belmont Avenue is a NO GO ZONE after 8:30pm. Stay far away from it, no matter how many people are with you.

• If you take the train, use the Addison or Diversey L stations. Do not use the Belmont station.