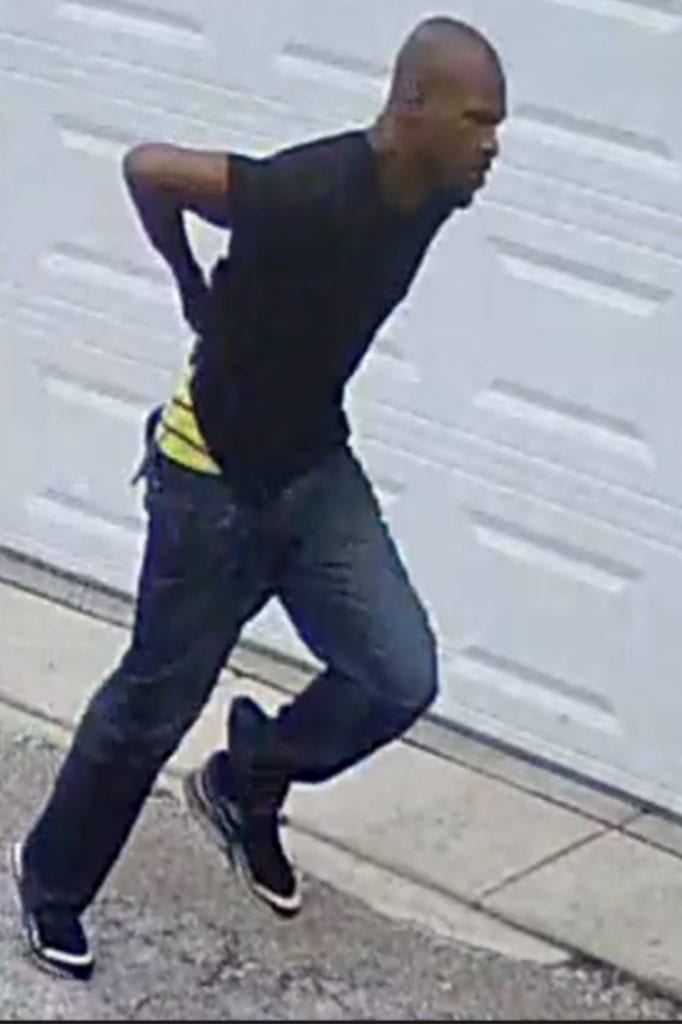 Well, well, well. Guess what was waiting in our email today? A crystal-clear photo of the robbery offender who mugged that woman in Lakeview on Saturday morning.

Around 10:35 yesterday, a man came up behind a 28-year-old woman, pushed her to the ground and took her purse near Wellington and Greenview. “The guy took off running west on Wellington, jumped a fence and ran into the alley,” a witness told us yesterday. “A good Samaritan ran after him, and another witness called the police.”

One of those witnesses captured photos of the offender from a distance as the thief fled through an alley. Now, thanks to our email friend, we can all have a good look at the coward who’s responsible. 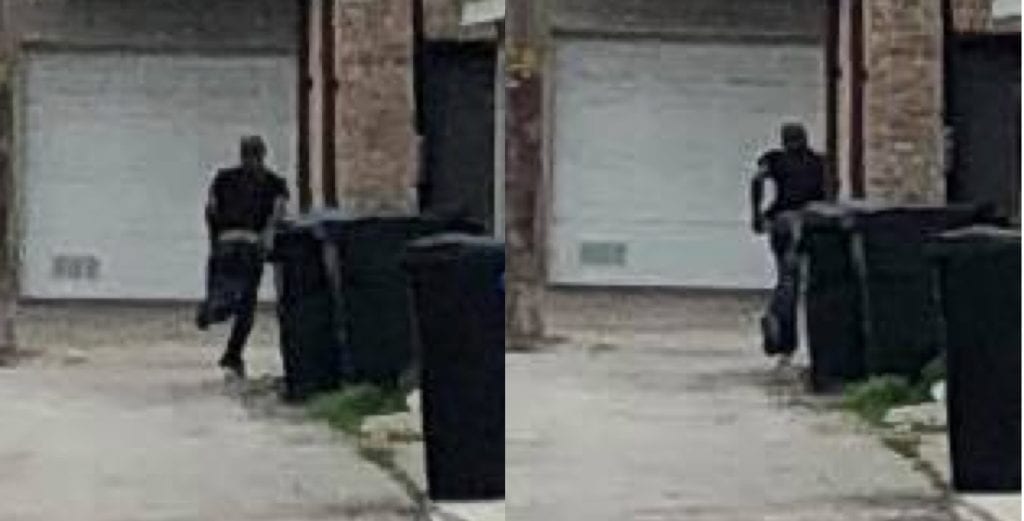 Police yesterday described the offender as a black male in his late 20’s or early 30’s who stands about 6’2” tall. He is slender, bald, and was wearing a black tee shirt, dark jeans, and yellow boxer-style underwear, police said. The new photo makes it clear that the yellow garment was actually the robber’s shirt.

Exclusive, original reporting for Boystown. We can only do it with your support. Subscribe for just $49 a year or $5 a month to receive members-only reports and services. Or, name your own amount. The choice is yours. Thanks so much!
———-
Email      Facebook       Twitter       YouTube
About CWBChicago 4363 Articles
CWBChicago was created in 2013 by five residents of Wrigleyville and Boystown who had grown disheartened with inaccurate information that was being provided at local Community Policing (CAPS) meetings. Our coverage area has expanded since then to cover Lincoln Park, River North, The Loop, Uptown, and other North Side Areas. But our mission remains unchanged: To provide original public safety reporting with better context and greater detail than mainstream media outlets.
Website Facebook Twitter YouTube