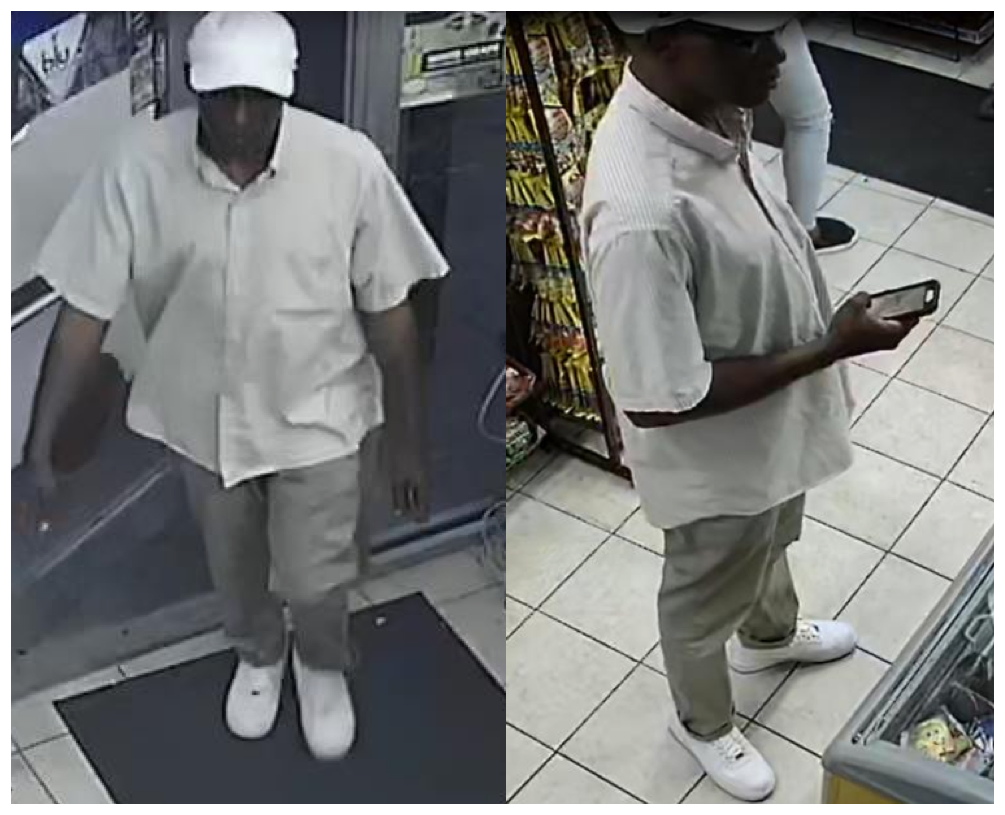 Chicago police are trying to identify a man who pepper-sprayed and robbed an elderly woman in Uptown.

The victim was exiting her car in the 4700 block of North Winthrop when the man seen here approached her around 3:30 p.m. on May 8th, police said. The man discharged pepper spray into her face, took her purse, and fled, according to a CPD community alert.

These images of the suspect and his car were taken when he tried to use the victim’s credit card at a gas station after the robbery, according to police.

The suspect is described as a slender 40- to 45-year-old black male who stands 6-feet to 6’3” tall. He was seen driving a black sedan, possibly a Dodge Avenger, at the gas station, police said.