Burglars have targeted at least five ATMs in the Boystown area since April and now, thanks to the thieves’ latest victim, you can see video and images of the suspects.

CWBChicago has been reporting on the ATM burglaries since the first case was discovered on April 13 at Kanela Breakfast Club, 3231 North Clark.

Since then, another four cash machines have been struck, including three on Boystown’s Halsted Street bar strip.

Most recently, burglars targeted a sidewalk-facing ATM operated by ProgressBar, 3359 North Halsted, in the heart of Boystown on May 30.

Now, Progress owner Justin Romme is sharing video footage of the offenders. It is the first time that images of the suspects have been made public.

In a series of videos provided by Romme, two men are seen walking south in the alley behind Progress at 3:48 a.m. on May 30th. A couple of minutes later, a different camera captures the duo as they walk north on Halsted Street from Buckingham. A third camera recorded the pair as they stood inside a stairwell adjacent to the ATM. Then, the exterior camera recorded the men as they left the scene heading back south on Halsted.

“They were unsuccessful in gaining entry to the ATM safe,” Romme told us. “They did some damage to the ATM but did not get any money. They were in there four minutes and I think they quickly realized the ATM was not one they could open.”

Romme passed along four videos of the pair which we have posted below along with screengrabs and suspect descriptions.

Video 1: Suspects walk south in the east alley of Halsted Street behind ProgressBar.

Video 3: Suspects enter and stand in the stairwell adjacent to ATM

The men wear several layers of clothing, hats, hoodies, and gloves. But there are distinctive features that could help lead to their identification: The men appear to be white, Hispanic, or Middle Eastern. They are thin. One seems to be older than the other. 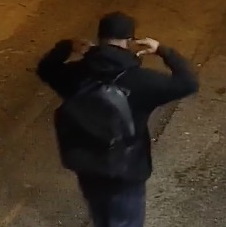 • Wears flat-brim baseball hat with a metallic sticker on the bill. (Below) 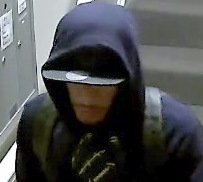 • The hat has a logo on the front. Possibly Chicago Bulls.  (Below) 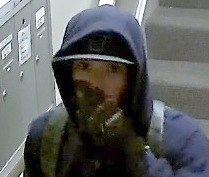 • Distinctive fading of jeans on back of thighs (below). Jeans also faded on the front from mid-thigh to below knees 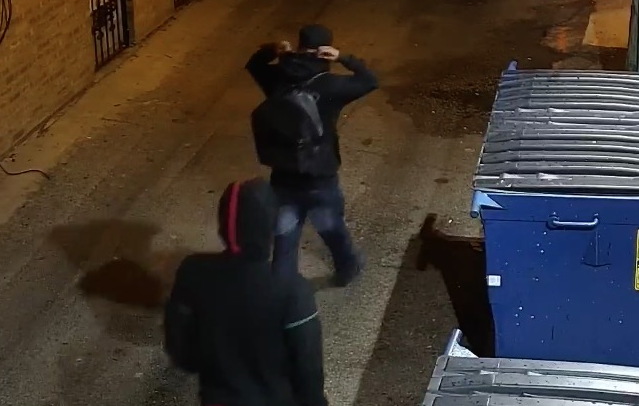 • Hoodie appears to have “Jordan 23” on the back, but decals seem covered up or disguised (below) 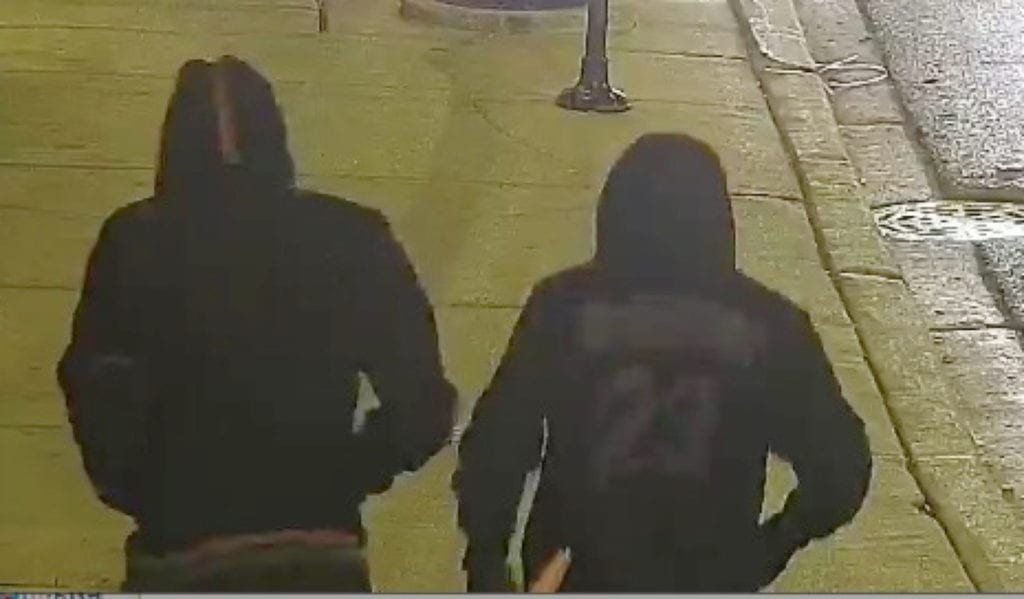 • Pencil-thin mustache. May be a disguise. See original and enhanced images below.

• Another image of younger-appearing suspect: 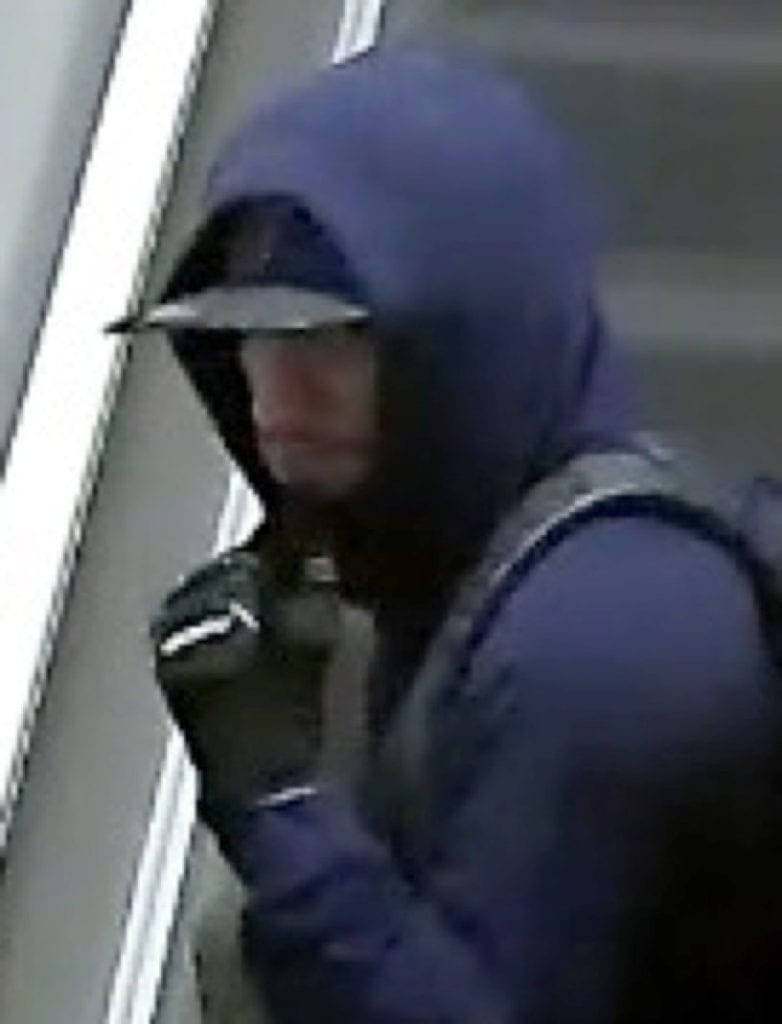 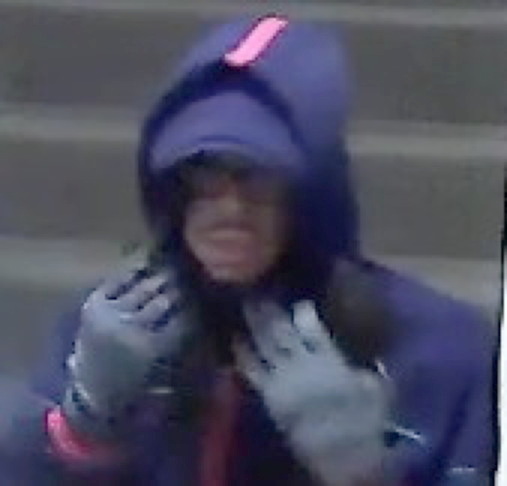 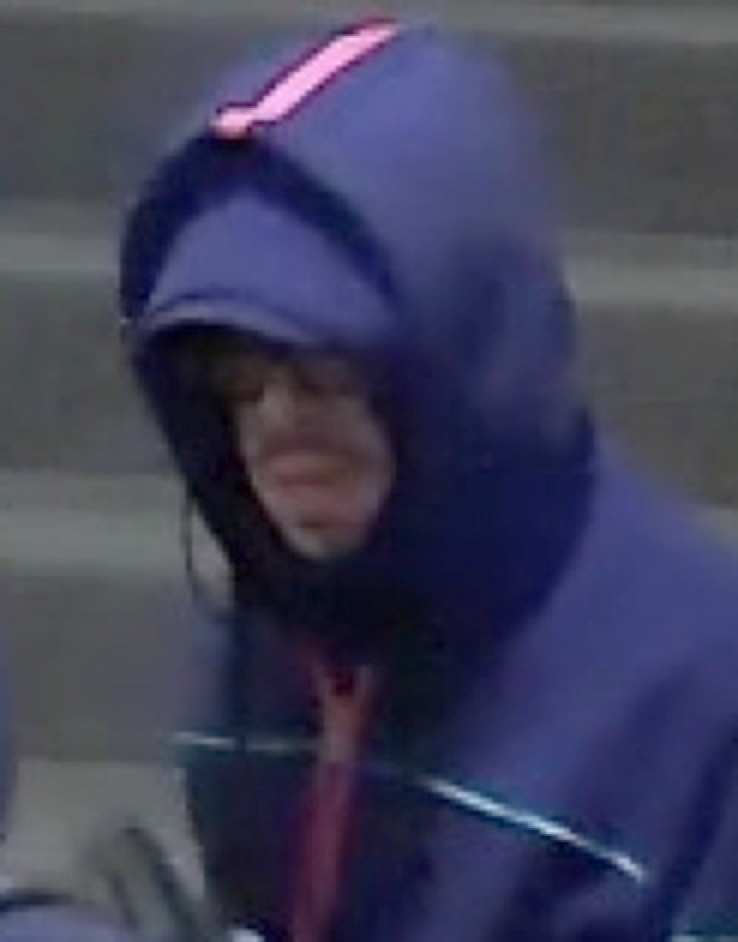 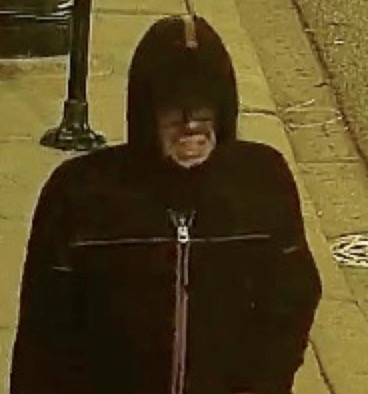 In a community alert this spring, police asked anyone with information about the ATM burglaries to call Area North detectives at (312) 744-8263.
Exclusive, original reporting for Boystown. We can only do it with your support. Subscribe for just $49 a year or $5 a month to receive members-only reports and services. Or, name your own amount. The choice is yours. Thanks so much!
———-
Email      Facebook       Twitter       YouTube
About CWBChicago 4360 Articles
CWBChicago was created in 2013 by five residents of Wrigleyville and Boystown who had grown disheartened with inaccurate information that was being provided at local Community Policing (CAPS) meetings. Our coverage area has expanded since then to cover Lincoln Park, River North, The Loop, Uptown, and other North Side Areas. But our mission remains unchanged: To provide original public safety reporting with better context and greater detail than mainstream media outlets.
Website Facebook Twitter YouTube