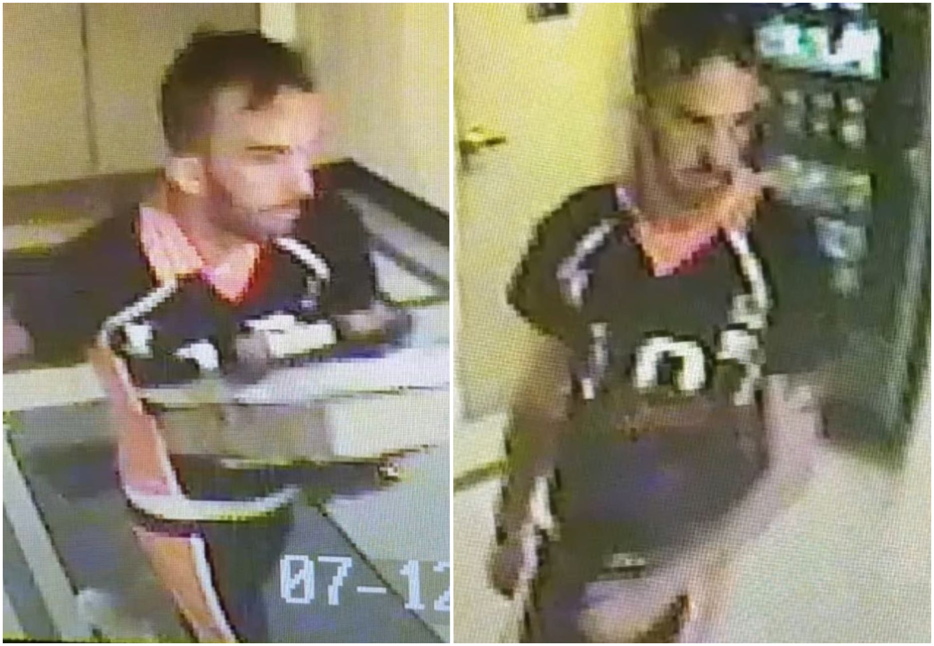 A neighbor in Lakeview East has shared images of a man who burglarized several areas of a lakefront high-rise building on July 12th.

The man seen here entered the building in the 3500 block of North Lake Shore Drive by posing as a traveler who was staying with a resident, according to a CWB reader. He carried a backpack and pulled luggage to complete the look—and to help him haul away booty, we suspect.

Once inside, he broke into a dry cleaner and stole cash, took packages from the receiving room, and tried to take money from a vending machine, the reader said. After that, the man broke into the building management office.

The suspect is described as a slender white male, about 35-years-old, with a heavy black tattoo from his right wrist to the elbow and a cross-like tattoo on the left bicep.

His hair is buzzcut or shaved from the base of his neck and up the sides. He had much longer hair on top. (Remember, long hair can be cut or shaved easily, so his “look” may have changed from what you see here.)