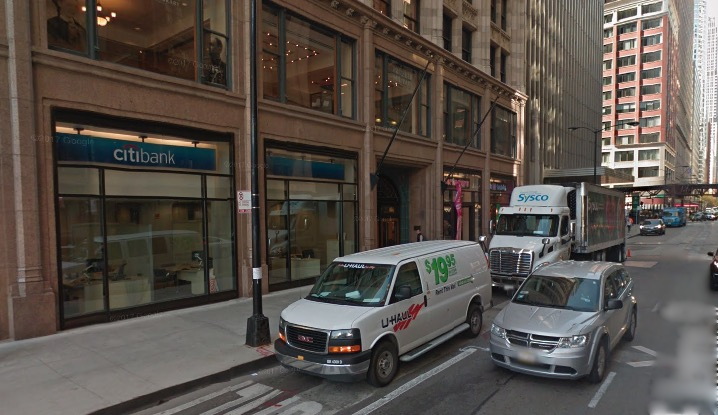 Police are on the lookout for a robbery crew that is asking victims to deposit checks for them at banks in the Loop, only to rob the victims when they emerge from making the transaction, according to officers who work downtown.

At least four similar cases have been reported in the past couple of weeks, according to an officer who spoke on condition of anonymity because they are not authorized to talk about police department business.

In each case, two or three offenders have approached victims near a bank and asked the victim to deposit checks or conduct another transaction in exchange for a small amount of money. When the victims come back outside, a robbery unfolds and the offenders run from the scene.

The most recent incident was reported around 3:30 p.m. on Saturday in the first block of East Monroe. That victim was told to deposit a check and that he would not be hurt if he complied with the order.

No description was available for the offenders, but common sense should prevail: Don’t do anyone’s banking for them and walk away if someone tries to con you into conducting transactions on their behalf.

In other robberies reported downtown this weekend:

• Chicago police chased five robbery offenders who reportedly jumped a woman outside of the Nike Store, 669 North Michigan, around 4:15 p.m. on Friday. The suspects ran into a building on the Northwestern Memorial Hospital campus and apparently scattered to different floors. One suspect was captured, but the victim was gone when officers returned to the scene of the crime to see if she could identify the man, according to police.

• A man told police that he was battered and robbed by two teenagers in the 800 block of North Dearborn shortly after 1 a.m. on Sunday. The suspects took the victim’s valuables and ran away southbound on Dearborn, police said. The robbers were described as being two black males between 15- and 17-years-old who stand about 5’7” tall and weigh 150- to 160 pounds.