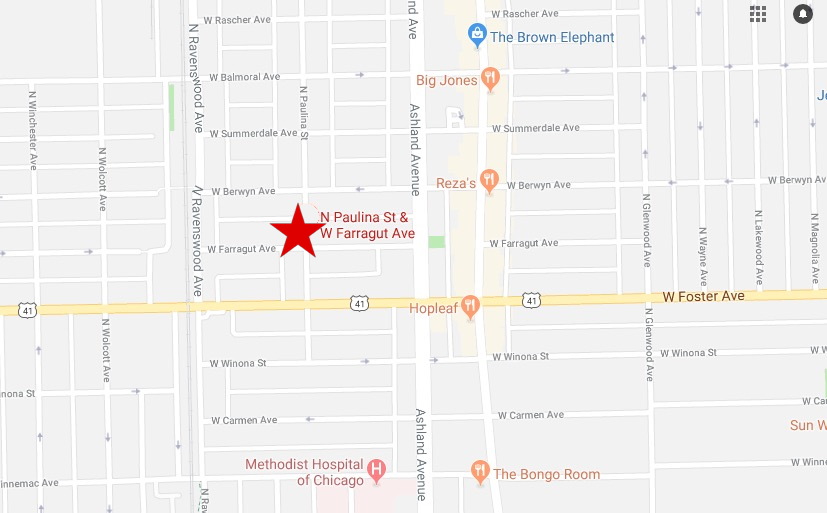 Armed carjackers who forced two men from their vehicle on an Andersonville side street Monday afternoon may be the same offenders who carjacked a man in Lakeview earlier in the day, according to a police department source.

According to information provided by police and a friend of the victims, a man and his partner were driving near Paulina Street and Farragut Avenue around 1:15 p.m. when they were rear-ended by a dark-colored Dodge Charger.

The occupants of the Charger emerged from their car with handguns drawn. Both occupants of the victims’ car were forced from the SUV and robbed. One of the gunmen then got into their vehicle and drove away northbound on Paulina, according to reports. The second offender followed in the Charger.

Taken was a white 2014 Jeep Cherokee and the victims’ valuables. One of their phones was later found near Wolcott and Argyle in Lincoln Square.

Descriptions of the offenders were similar to those of two armed men in a Dodge Charger who carjacked a man in the 800 block of West George Street shortly after midnight on Monday.

In that case, the victim was sitting inside his parked car when a dark-colored Charger pulled up and two gunmen emerged with handguns. The victim was forced from his car, patted down, and told to walk away, according to police.

Taken on George Street was a white 2014 Toyota Camry LE with a license plate that begins with 9499. It was last seen heading eastbound on George with the offenders’ car—a dark purple Dodge Charger with tinted windows and a long dent on the passenger side.

Police said both carjackers in the Lakeview incident were black men who wore dark hoodies and brandished handguns. One is further described as being six-feet tall, with a dark complexion, and a fade hairstyle.