Detectives are investigating a carjacking reported late Monday night  just a block from the Magnificent Mile and the “Viagra Triangle.” No one is in custody. It was at least the third carjacking on the North Side yesterday. 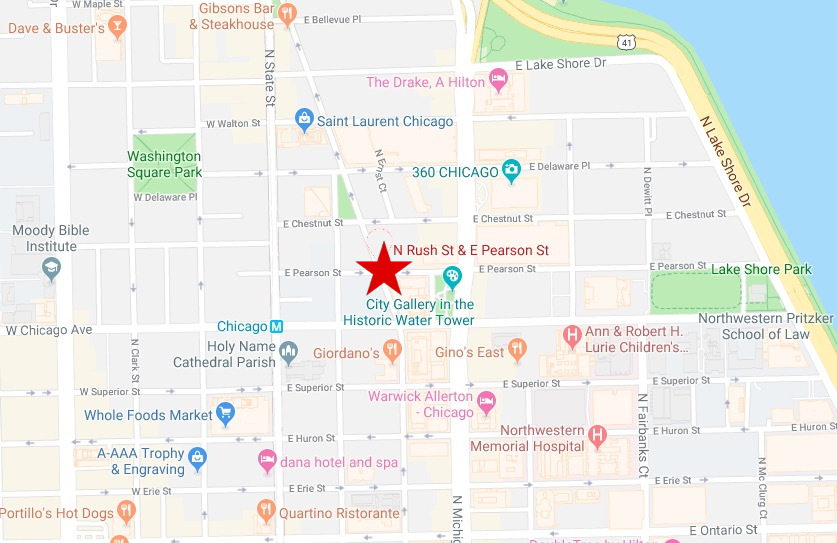 Police said a 26-year-old man was sitting in his car at the intersection of Rush Street and Pearson Street when two men approached him around 11:25 p.m. The offenders “forcibly removed the victim from his vehicle” and drove out of the area, according to a police spokesman. The offenders were described as black male teenagers who were not wearing shirts.

Taken was a red 2014 Chevy Malibu, which was last seen heading north on Rush Street.

On August 12th, a man was carjacked at gunpoint as he sat in his 2012 Kia Optima across from the former Hancock Building at Michigan Avenue and Delaware Place, about two blocks from last night’s incident.

The downtown carjacking does not appear to be related to two incidents on the North Side earlier in the day that involved armed men who emerged from a dark-colored Dodge Charger and took victims’ cars at gunpoint:

• A driver told police that his SUV was struck from behind by a dark Dodge Charger around 1:15 p.m. near Paulina Street and Farragut Avenue in Andersonville. Two men emerged from the Charger with handguns drawn. They robbed the driver and his passenger, then took their white 2014 Jeep Cherokee.

• At 12:07 a.m., a man was sitting inside his parked car in the 800 block of West George in Lakeview when a dark-colored Charger pulled up and two gunmen emerged with handguns. The victim was forced from his car, patted down, and told to walk away, according to police. His white 2014 Toyota Camry LE was taken.

Police said both carjackers in the Lakeview incident were black men who wore dark hoodies and brandished handguns. One is further described as being six-feet tall, with a dark complexion, and a fade hairstyle.

The Lakeview victim said the Charger was dark purple and sported tinted windows with a large dent running down the passenger side of the vehicle.