Violence at a Near North Side “peace picnic” left three men shot and a fourth beaten Saturday evening in Seward Park, 325 West Division, police said. One “person of interest” was being questioned.

A witness reported that at least one man “stood in the middle of the park and started shooting” just before 6 p.m. Saturday. She described a chaotic scene that followed with dozens of people running in all directions from the park. Ten to twenty shots were fired, according to people at the scene. 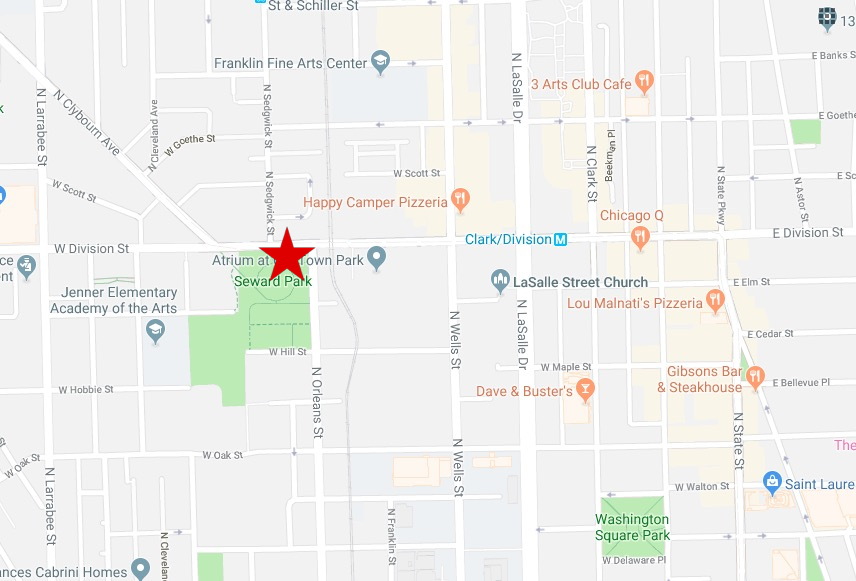 A fourth victim, 23, was severely beaten near the park entrance during the incident. He was listed in fair condition at Advocate Illinois Masonic Medical Center.

Officially, police said “one to three male offenders” between 15- and 20-years-old began firing at the victims who were standing in a group at the park.

The suspects were seen running toward a nearby Jewel-Osco store with a primary suspect described as a black male wearing a white t-shirt, dark pants, and a black baseball hat. One man was taken into custody by an off-duty Cook County Sheriff nearby, according to an officer at the scene.

As the sun began setting, a police evidence technician was gathering .45 caliber shell casings in the park directly across from a Panera Bread restaurant. The conflicting visuals of chain eateries and violent crime illustrate the challenges of the neighborhood where strip malls and franchises are staking claims to land that was once home to Chicago’s infamous Cabrini-Green high-rise housing projects.