A passenger inside a car on Lake Shore Drive became Uptown’s third shooting victim of the month early Sunday morning. No one is in custody.

Police said in a media release that the 37-year-old victim was traveling northbound in the 4400 block of North Lake Shore Drive shortly after 2 a.m. when an unknown man pulled alongside and fired shots, possibly from a green Buick Regal. The offender then exited at Wilson Avenue.

The victim was struck in the arm and was later dropped off at Stroger Hospital on the Near West Side where he was reported in good condition, police said. 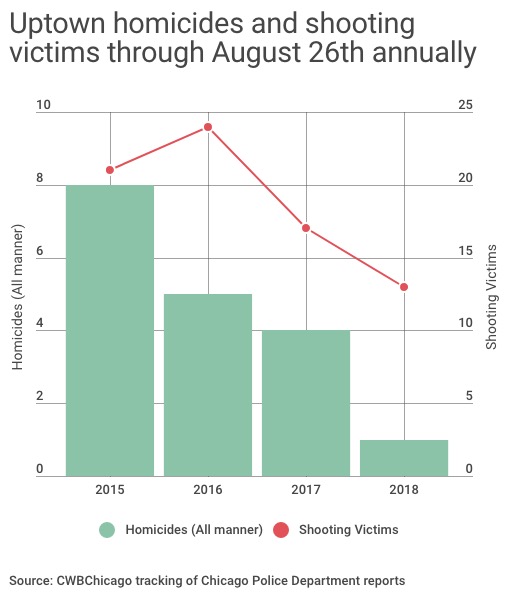 No reports of gunfire were received by police in the area and investigators did not find any shell casings on Lake Shore Drive.

Thirteen people have been shot in Uptown this year, one fatally.

The number of year-to-date shooting victims in the neighborhood is down for the second consecutive year. Homicides this year are down sharply from four year-to-date last year and eight during the same time period in 2015.

Local police officials last week credited a strong relationship with the community for crime reductions. Unsaid, however, is another truth: A significant number of people who had been responsible for the gang- and narcotics-related violence in Uptown have been incarcerated or killed over the past two years. Most of the imprisoned men are due for parole over the next twelve months. The dead men won’t be coming back.