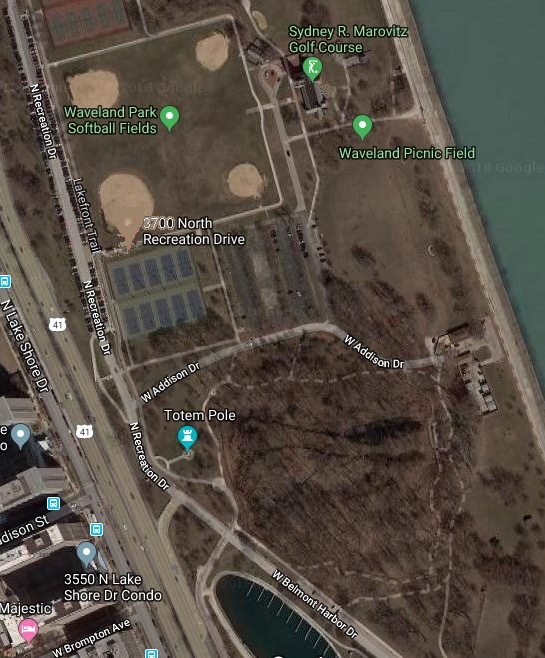 Update 3:55PM: Investigators do not know the motive for the man’s attack on the jogger, according to a police department source.

The offender did not say anything that leads police to believe the attack was “anything more than an unprovoked battery as the victim ran by him,” the source said.
————
A female jogger was thrown to the ground by a man near the lakefront in Lakeview on Sunday morning, according to a police source. No one is in custody.

The 30-year-old woman parked her car at Montrose Beach and had just begun her morning jog when the suspect attacked her on the lakefront near Sydney Marovitz Golf Course at 7:55 a.m., according to police.

A police spokesman said the offender pushed the woman to the ground and began choking her. But the woman fought back, began screaming, and was able to run away, police said.

Moments after 8 a.m., the woman flagged down a patrol officer on the lakefront near the golf course clock tower. She told the officer what happened and officers conducted a grid search of a wooded area along with a police canine. No one was found, but some of the victim’s personal property was located nearby.

Officers said the victim suffered red marks on her neck and shoulders from being choked as well as cuts and contusions. An ambulance was summoned for the victim, but she declined medical attention, police said.

The offender is described as a slender, muscular black male in his late 20’s who was wearing a bright red shirt and long pants. He has shoulder-length dreadlocks and may have light facial hair, the victim said. He was last seen heading toward the wooded area at approximately 3700 North Recreation Drive.

Exclusive, original reporting for Lakeview. We can only do it with your support. Subscribe for just $49 a year or $5 a month to receive members-only reports and services. Or, name your own amount. The choice is yours. Thank you!