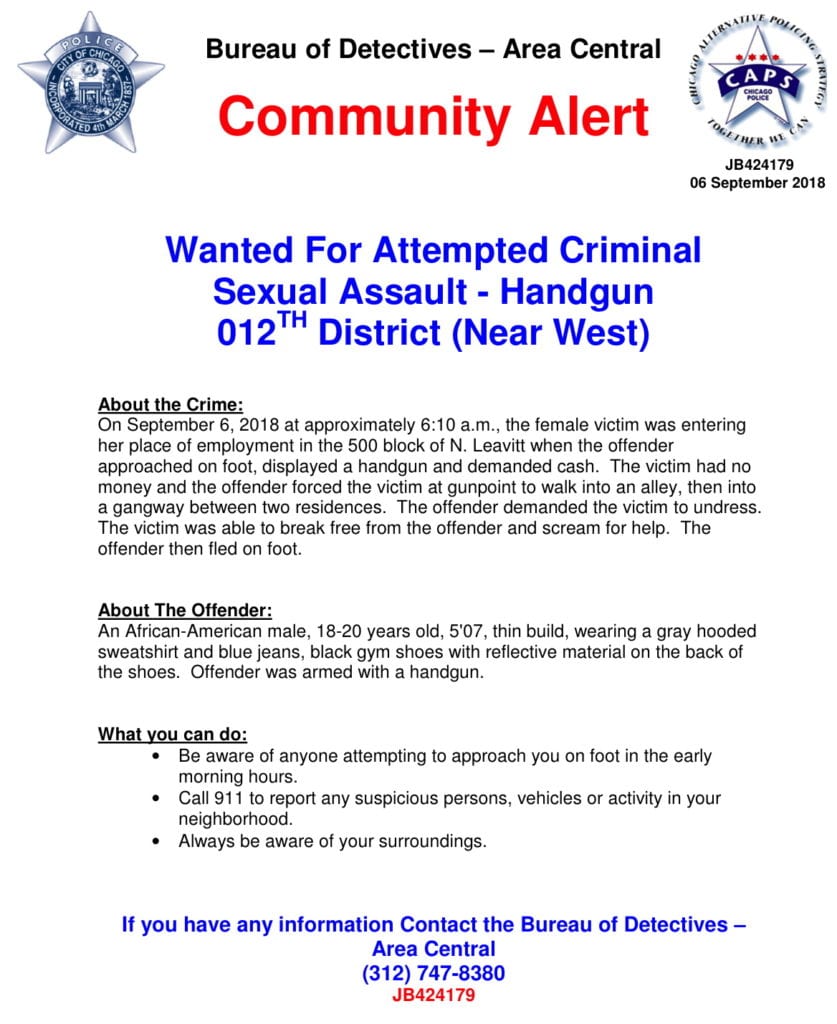 A woman managed to escape from an armed man who tried to rob and sexually assault her as she arrived for work in the West Town neighborhood on Thursday morning, according to a CPD community alert issued early today.

Police said the victim was entering a business in the 500 block of North Leavitt at 6:10 a.m. when the man walked up and demanded money at gunpoint. The woman had no money and the gunman then forced her to walk into an alley and then into a gangway between two homes where he ordered her to undress, the alert said. The offender ran away when the woman broke free and screamed for help.

The suspect is described in the alert as an African-American man between 18- and 20-years-old who stands about 5’7” tall. He has a thin build and was wearing a gray hoodie, blue jeans, and black sneakers with reflective material on the back side.

Anyone with information about the crime may contact Area Central detectives at 312-747-8380 in reference to case JB424179.