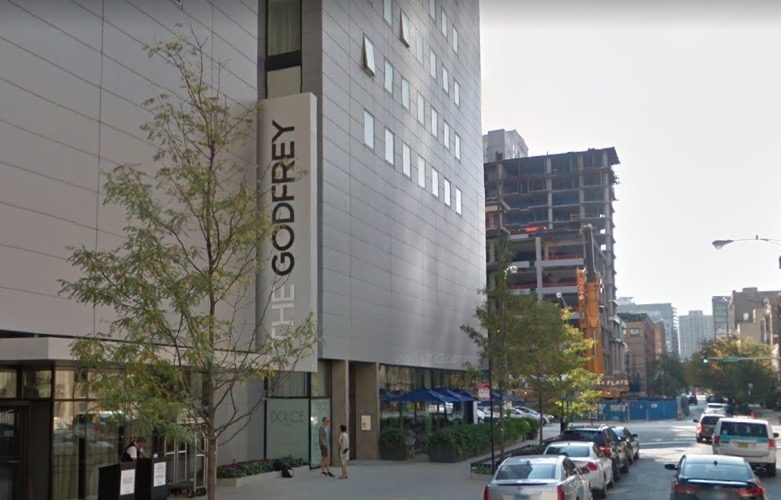 An armed man followed a woman into her River North hotel room, restrained her with duct tape and zip ties, then sexually assaulted her on Saturday evening, police said. No one is in custody.

Authorities said the 36-year-old woman was trailed into her room on the sixth floor of the Godfrey Hotel, 127 West Huron, around 9:45 p.m. The man, who was armed with a gun, tied the woman up, sexually assaulted her, robbed her and forced her to surrender a bank card PIN before he left the scene, police said.

The victim is reported in good condition at Northwestern Memorial Hospital.

Police described the offender as a heavily-tattooed white male with a goatee who stands about 5’10” tall. He was wearing a white shirt and jeans.

Investigators recovered a “significant” amount of evidence from the room including large amounts of duct tape, DNA evidence, and a used prophylactic, according to an officer on the scene.