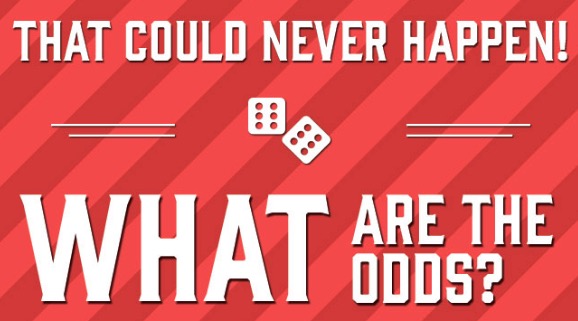 Against all odds, two alleged criminals have been arrested in separate cases this month after their reported victims happened to bump into them on the streets of Boystown.

Police said a 52-year-old woman flagged down a police sergeant in the 3400 block of North Halsted around 2 p.m. last Wednesday to report that a man who was nearby had threatened her with a large knife on the lakefront in August.

On August 9th, the woman reported that she was sitting by the lake at Belmont Harbor when a man approached her from behind, put a large knife to her back, and tried to rob her. She managed to escape and call for help from a nearby convenience store.

Police took a robbery report, but no arrest was made until the victim happened to cross paths with him again last week.

Cops arrested 54-year-old Angel Montano of the 3100 block of North Racine and prosecutors have charged him with aggravated assault with a deadly weapon. He is due back in court on December 4th.

The second coincidence involves one of CWBChicago’s favorite criminals. We told you about Joshua Davis in April 2016 after officers responded to a suspicious person call in the 3100 block of Clifton.  They found Davis peering into a basement window with his hands on the glass. Davis infamously told officers, “You know, all I did was I saw a $20 bill sitting in the window. I tried to open the window, fell in, and then you guys pulled up. “

He was given a three-year sentence for that burglary and was paroled last November.

Fast forward to October 6th. A little before 9 a.m., a Boystown woman walked into the Town Hall police station and told an officer that her boyfriend was following the man who stole his gym shoes from their back porch in the 800 block of West Cornelia on June 10th.

Police and the girlfriend used Facetime to communicate the boyfriend’s whereabouts as he followed Davis. Cops made the arrest near Halsted and Belmont minutes later.

According to police, the victim reported that Davis had returned his stolen gym shoes in June, but a police report had been filed at the time, and the victim wanted to pursue charges.

Prosecutors obliged. Davis was charged with theft, and he was held for investigation of a warrant.
—————–
Our exclusive reporting is 100% reader-funded. Please make a contribution to our operating fund or purchase a subscription today.