The crisp, autumnal weather we’ve been enjoying over the past few days has not slowed the pace of Chicago’s hard-working downtown street robbers. Here are some of the cases that have been reported to police: 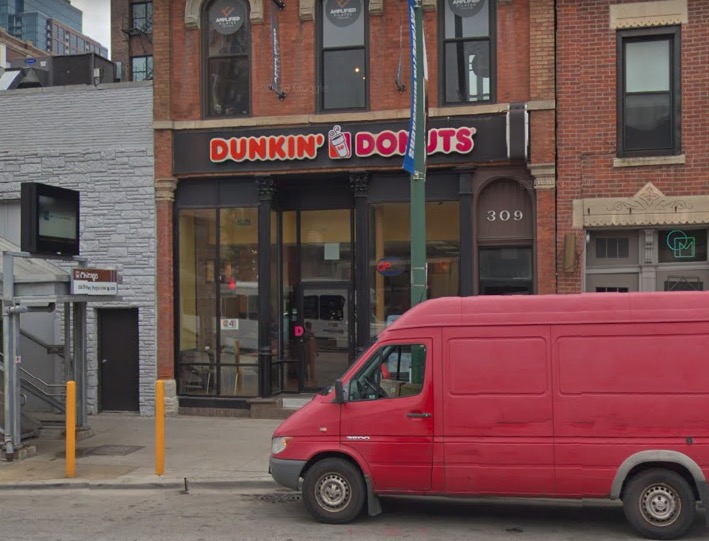 • Two suspects are in custody and a firearm was recovered after police responded to a call of suspicious people outside of the Dunkin Donuts at 309 West Chicago Avenue early on Sunday. Officers arrived quickly enough to see a robbery unfolding and they engaged the offenders in a foot pursuit that ended with two arrests in the 700 block of North Wells.

The donut shop’s cash register was recovered on Wells street along a stolen laptop bag, and a gun that was used in the hold-up. CWBChicago will publish an updated report when final charges are approved.

• A Lakeview man told police that he was jumped and robbed as he walked out of a River North bar early Sunday. The victim told police he was leaving the bar in the 600 block of North Clark around 4 a.m. when an unknown man started yelling at him,  threw his phone, and robbed him. He said the robber was a 6’5”-tall black man who was wearing a gray sweatshirt and dark jeans. 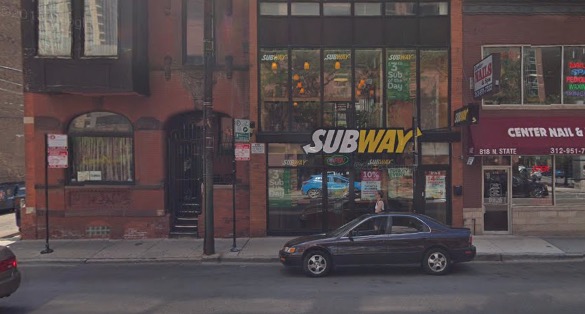 • Chicago police are searching for at least one known offender after a Subway restaurant employee was pepper-sprayed during an armed robbery Thursday evening in River North. Four offenders entered the restaurant at 816 North State Street around 8:30 p.m. and began eating merchandise without paying, the store clerk said. When the 34-year-old employee confronted the men, the clerk was beaten about the head and pepper-sprayed by the offenders who fled the scene. Police reviewed phone video of the incident and immediately identified one of the offenders as someone they are familiar with. Area Central detectives are investigating.

• Police said a 35-year-old man was beaten up and robbed by a group of offenders in Grant Park on Wednesday evening. No one is in custody. The victim was walking in the 1100 block of South Michigan around 7:45 p.m. when a group of strangers approached him from behind and demanded his valuables. One of the robbers punched the victim in the face while another went through the victim’s pockets and removed property, including his cell phone, police said. The victim declined medical attention.