Here’s a round-up of some recent happenings in the Lakeview neighborhood:

• There are powerful indications that at least one very active burglar is targeting homes in the Lakeview neighborhood. CWBChicago is aware of six burglaries reported in the area in the past 24 hours. This is an excellent time to ensure that your door and windows are secured. Drawing your curtains while you are away is also a good idea. Even if you don’t usually make your home appear occupied while you are out, this may be a good time to start leaving a TV on with the volume up when you step away.

• Neither people nor pooches were injured Monday afternoon when a possibly-intoxicated driver crashed her car into a building that houses a doggie daycare business in Boystown. Witnesses said a woman was driving southbound when she steered her vehicle across traffic and clunked into the exterior wall of Camp Wiggles, 3647 North Halsted Street, at 4:40 p.m. The building was not structurally harmed, according to the fire department.

Surveillance cameras in the area captured images of a possibly intoxicated woman getting out of the driver’s seat and running away northbound on Halsted Street after the crash, police said. The driver was described as a black female who was wearing a baggy blue shirt over a tank top. 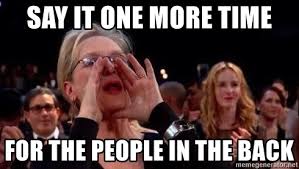 • Never leave anything — ANYTHING — in your car when it is unattended. You’ve heard it a million times, yet some folks just can’t help it. Even some people who know better. Police are investigating the burglaries of two vehicles that were parked in the 1300 block of West Belmont on Monday afternoon.

One of the victims is a Chicago police sergeant whose police vest and black backpack were taken from his SUV while he stepped away for about 15 minutes. The burglar also broke the glass of another vehicle and burglarized it just a few feet away from the sergeant’s.

Police said the burglaries happened between 1:30 and 1:45 p.m. Witnesses reported seeing a man looking into cars in the area around the time of the break-ins. He is described as black, 19-years-old, 6-feet-tall and slender. He was wearing a dark knit winter hat, dark jacket, and saggy jeans with white underwear exposed.
—————–
Our exclusive reporting is 100% reader-funded. Please make a contribution to our operating fund or purchase a subscription today.