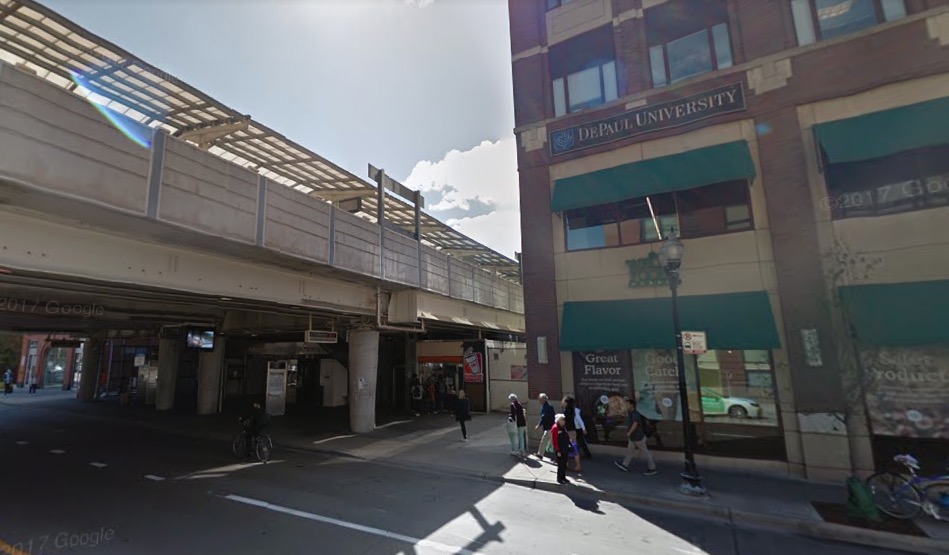 Chicago police issued a community alert last night in connection with a series of crimes committed near the Fullerton Red Line station on Monday afternoon.

As CWBChicago report yesterday, a police spokesperson confirmed that a male offender tried to take a bag from a woman’s hand in the 900 block of West Fullerton around 2:45 p.m. on Monday. The bag ripped during the struggle, and its contents fell to the ground, police said. While the woman picked up her belongings, the man “groped her on the lower back side,” took some of her property, and fled eastbound on Fullerton.

On Monday, Chicago police said that a 19-year-old man reported he was approached in the 900 block of West Fullerton by a stranger who asked for a dollar and then demanded the man’s wallet around 3:30 p.m.

The police alert also includes an updated description of the offender. The suspect is described as male, black, 35- to 45-years-old, 5-‘9” to 6-feet tall, 150 to 160 pounds, with a medium complexion. He was wearing a black ski cap, a black hoodie, black pants, and brown boots.

If you have information about the offender or the crimes, you may contact Area North detectives at 312-744-8263.
———
Our exclusive reporting is 100% reader-funded. Please make a contribution to our operating fund or purchase a subscription today.