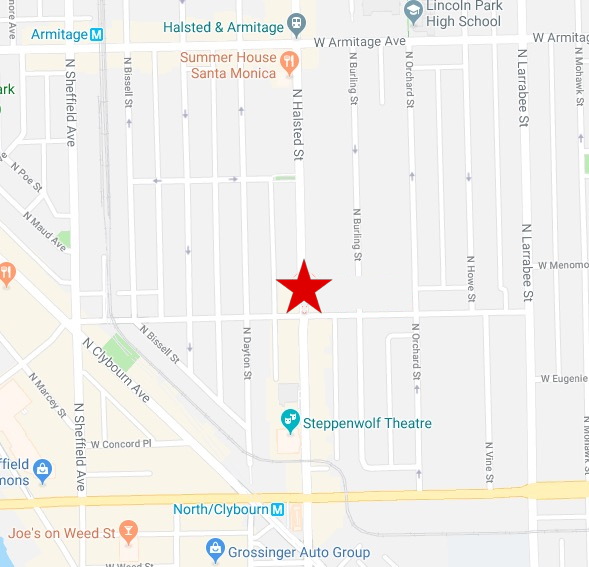 Three juveniles, one only 14-years-old, have been charged with robbing a woman in Lincoln Park early Friday morning.

Police said a 26-year-old woman was walking in the 1700 block of North Halsted around 2:30 a.m. when three teenage boys approached her on foot. The woman was pushed and robbed of her phone and wallet by the teens, one of whom implied that he had a knife, according to police and a witness.

Arriving officers broadcast descriptions of the offenders on police radio and three suspects were stopped in a vehicle near Halsted and Division a few minutes later. The victim identified all three boys, and they were taken into custody, police said.

The teens, ages 16, 15, and 14, are each charged with one felony count of aggravated robbery. The fifteen-year-old was also held on a warrant, police said.

No further information is available about the offenders because their cases are shield by law.
—————–
Back CWB’s reporting team and we’ll reward you with members-only reports and services all year long. Join HERE for just $49 a year or $5 a month.