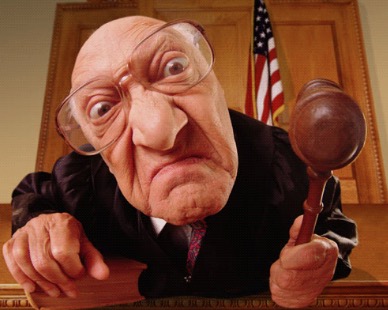 With Election Day approaching quickly and early voting already underway, many people have asked us for our thoughts regarding the judges who appear on the current ballot. First up: A couple of ways to learn more about the judges on the November ballot. Then, a look at the difference between a “qualified” judge and a good judge.

CWBChicago publishes a Judges Scorecard for every voting cycle for our subscribers. The Scorecard is created by collecting information on over 1,000 bail, sentencing, and other critical decisions made by Cook County Criminal Court judges. Our team then pulls hundreds of the same types of decisions that were made by judges assigned to the Criminal Court who are up for election or retention.

Each judge’s individual record is compared to the broader court to establish a rating of “High,” “Neutral,” or “Low.”

There are ten criminal court judges on November’s scorecard.

We’d love to send you a copy of our report. You can subscribe or become a financial supporter of CWBChicago at this link. We’ll send your copy of the Scorecard within 24 hours.

Another good resource that looks at all judges is the Alliance of Bar Associations’ compilation of recommendations from eleven bar groups.

One critical note about recommendations from bar associations: They almost always measure whether a candidate is qualified to be a judge, not whether they would be (or are) a good judge.

As the Alliance of Bar Associations’ report says, “Ratings reflect the Alliance’s opinion of whether candidates have the necessary qualifications for judicial service and are not a reflection of the candidates’ abilities as lawyers.”

Needless to say, there are a lot of people who are qualified on paper to do a lot of things, but that does NOT mean they do those things well.

A shining example of a judge who is listed as 100% recommended by local bar associations but whose on-bench decision making is questionable is Judge Ramon Ocasio III. He sits on the Municipal bench in Maybrook.

This summer, 41-year-old Tasha Schleicher of New Hope, Minnesota, was in Ocasio’s courtroom. Schleicher was charged with felony DUI—it was at least the eleventh time that she had been charged with DUI since 2007 in several states.

In April, Riverside cops responded to a call of a woman passed out behind the wheel of a car at a gas station on Harlem Avenue. They found Schleicher trying to fill her car with a pump that dispenses kerosene. An open bottle of Crown Royal was on the front passenger seat, police said.

Schleicher was arrested, and police learned that she was wanted on warrants in three states—two for DUI. Cops also learned that Minnesota authorities had taken custody of Schleicher’s eleven children seven months earlier after she was arrested for DUI in Rochester.

A Cook County grand jury returned a true bill that charged Schleicher with seven felonies including DUI, driving with a revoked license, and driving without insurance.

On August 20th, Schleicher pleaded guilty to felony DUI before Judge Ocasio. All other charges were dropped, and Ocasio sentenced her to….probation.

Remember, now. Ocasio is considered “qualified” or “recommended” by 100% of the local bar associations. He probably looks good on paper.
—————–
Will you help us recover the costs of operating CWBChicago? You can make a contribution or purchase a subscription HERE.