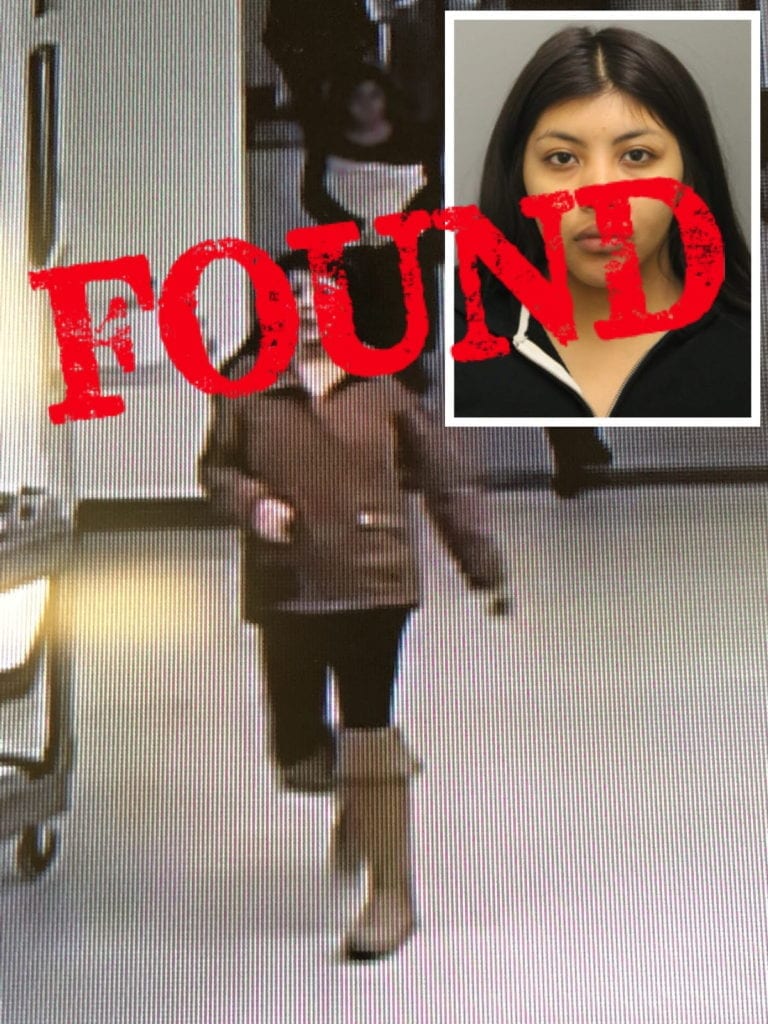 A 19-year-old woman who escaped from the Leighton Criminal Courthouse on Friday is back in custody. Alicia Gines was located and arrested Sunday evening in the Garfield Ridge neighborhood.

CWBChicago was first to report on Friday afternoon that the accused robbery offender who had been missing from electronic monitoring since September was on the loose again. Gines allegedly slipped out of handcuffs and escaped from the courthouse around 10:41 a.m. Friday after Judge Thomas Gainer Jr ordered her to be held without bail.

Gines was in a waiting area when she slipped out of her restraints and made a dash for the courthouse door, according to preliminary information from the Cook County Sheriff’s Office. The department is investigating “how this could have occurred,” a spokesperson said.

Gines was charged in September 2017 with battering and robbing a woman of an iPhone in the Pilsen neighborhood. She was released on electronic monitoring to await trial, but went AWOL on September 12th this year, according to court records.

An additional charge of escape was filed against Gines in September and she managed to remain on the loose until Thursday. Then, she escaped again the very next morning.
—————–
Support CWBChicago’s reporting team with a monthly or annual subscription. Members-only perks await!