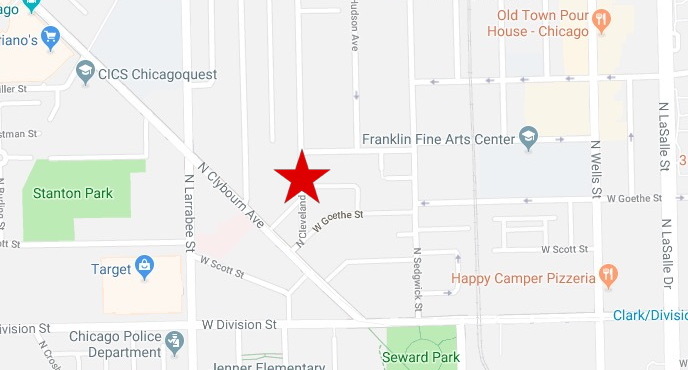 A 28-year-old man is in good condition after a shooting in the Old Town neighborhood on Saturday evening, police said. No one is in custody.

The man was standing on a sidewalk in the 1300 block of North Cleveland when a gunman approached on foot and fired two shots shortly after 5 p.m., according to police and a witness. The victim was struck once in his right thigh. Police later said the victim is “known to police.”

An ambulance transported the victim to Northwestern Memorial Hospital where he was listed in good condition.

Witnesses said the shooter was a clean-shaven black male in his late teens who stands about 6-feet tall. He was wearing a blue hoodie with blue jeans and he was last seen heading southbound on Cleveland.
——
Support CWB’s original reporting to receive members-only analysis and services year-round. Subscriptions start at $49 a year or $5 a month. You can also one-time donate an amount of your choosing. Click here — and THANK YOU!