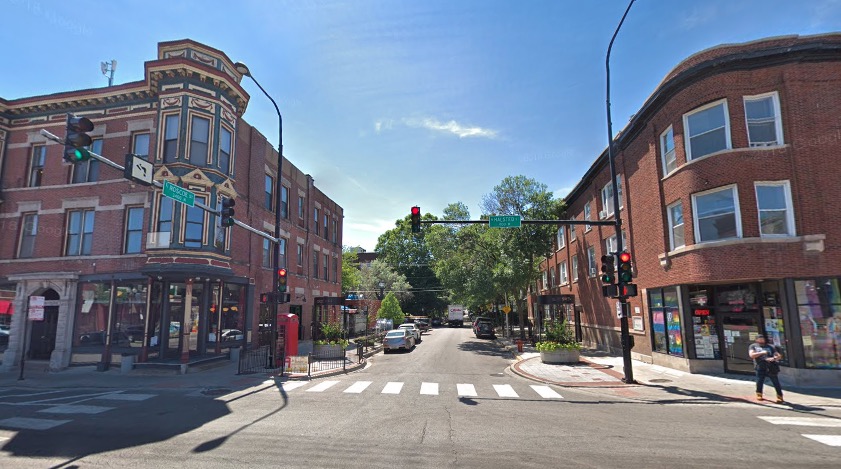 Police are investigating the first street robbery to be reported in Wrigleyville and Boystown this year.

A man told police that he was robbed of about $150 cash near the intersection of Halsted and Roscoe around 3 a.m. The victim chased the two offenders and saw them enter Scarlet nightclub after the robbery, according to a police report. Both robbers then fled through the bar’s rear door, the report said.

The victim told police that the robbers were a white female who wore a black coat and a black male. The man is in his mid-20’s, stands about 6’2” tall, and wore a black winter cap.

A near-record low number of robbery reports were filed in Wrigleyville and Boystown in 2018, according to city data and analysis by CWBChicago.

CWBChicago records indicate that there were 129 robberies in the two neighborhoods last year. Official records show 127 robberies. The discrepancy is due to the fact that Chicago police consider violent home invasion in which the homeowner is physically attacked and robbed to be “burglaries” whereas CWBChicago classifies those incidents as “robberies.”

The previous low water mark for robberies in the area came in 2015 when 128 cases were recorded. The 2015 low was the result of intense anti-robbery efforts that were undertaken following several years of record-high street robberies.

Below is a grid showing month-by-month robbery statistics for Wrigleyville and Boystown since January 2001, the earliest date for which records are publicly available. The grid is followed by a list of all robberies in the neighborhood during 2018 with links to CWBChicago coverage, where available. 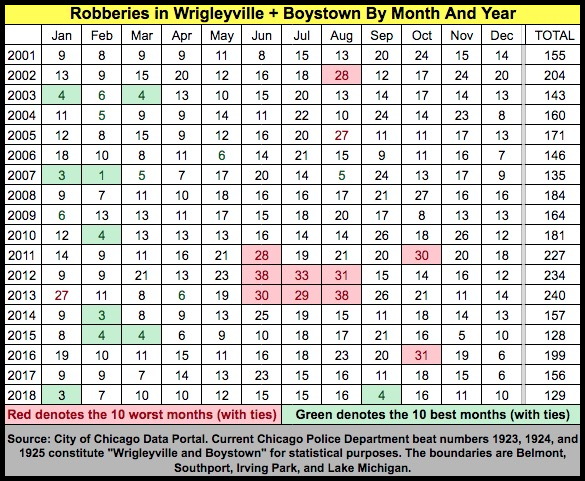