Just because Jewel-Osco is closed on Christmas Day doesn’t mean that you can’t go shopping. In fact, a career criminal took advantage of the holiday closure to embark on a $1,769.14 shopping spree at one of the grocer’s Lincoln Park locations, according to prosecutors.

Police responded to a burglar alarm at the Jewel, 2550 North Clybourn, around 3:30 p.m. on Christmas Day and allegedly found 46-year-old Bernard Lewis walking out the back door with piles of merchandise.

Among the merchandise Lewis was allegedly hauling out of the store: seven bottles of vodka, one bottle of whiskey, eight cartons of Newport cigarettes, nine packs of Newports, and five boxes of Entenmann’s donuts. Total retail value: $1,769.14. Cops said he entered the store by prying open its back door. 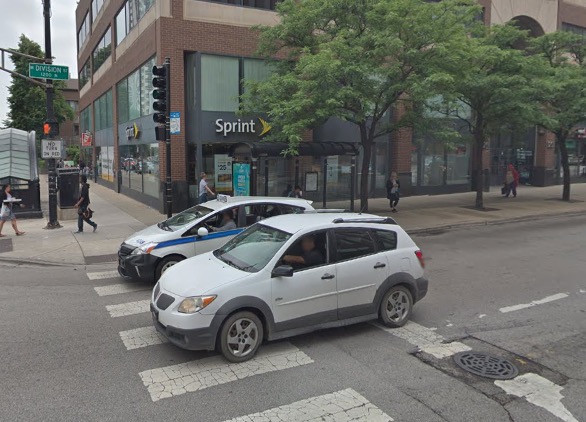 A Chicago Police Department evidence technician arrested a cellphone store burglar when the thief returned to the shop while the crime scene was being processed, according to court records.

The evidence tech was working the scene at Sprint, 1201 North Clark, around 10 a.m. on Dec. 22nd after a burglar broke in through the front door earlier in the day. That’s when the technician saw 50-year-old James Phillips outside the store and recognized him from surveillance video as the man who stole about $700 worth of merchandise during the break-in, according to police.

Phillips was detained by the evidence technician, positively identified by the store clerk, and is now charged with felony burglary. Judge Sophia Atcherson released Phillips on a recognizance bond.
—————–
Our exclusive reporting is 100% reader-funded. Please make a contribution to our operating fund or purchase a subscription today.