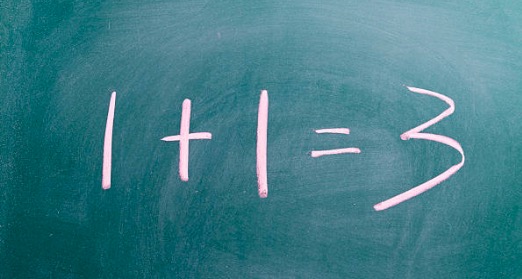 You have to admire the Chicago Police Department’s ability to make every new Chicago police officer count…twice.

Early last week, the department held what was billed as the largest graduation ceremony for new officers, detectives, and promoted officers in… well, nobody was sure, but it was the most anyone could remember. Three hundred and something officers at the ceremony had recently been hired or promoted.

Then, on Sunday, Mayor Rahm Emanuel held another press conference to announce that 98 “new officers” were starting work in various districts that day.

Another 98 new police officers being deployed to Police Districts citywide today. @ChicagosMayor Aldermen and our strongest partners – the residents of @ChicagoCAPS24 – join us for this announcement. pic.twitter.com/hapquIAMvD

With media baiting like that, it’s no wonder that some North Side aldermen are publishing incorrect information about how many officers have been added to their local police districts.

Alderman Michele Smith (43rd), who represents much of Lincoln Park, sent her “2018 Year in Review” email to constituents this month claiming that she “advocated for and gained 136 new Police Officers in 18th and 19th Districts.”

But there’s a problem.

We emailed her office and were told her “Director of Communications would like to give you a call to go over the ‘136’ number.” We’re still waiting to hear from them.

While an “increase” of 78 officers in the 18th and 19th District last year is lovely, the fact of the matter is that the two districts have actually lost a combined 104 police officers since Rahm Emanuel became mayor.

One week after Smith’s email went out, Alderman Joe Moore (49th) of Rogers Park sent an email celebrating that “in all, 50 new police officers have been added to the 24th District since the beginning of 2017, when the City embarked on a two-year hiring plan to increase the number of police officers on the street.”

According to the OIG, the 24th District ended last year with a strength of 300 cops. And, according to manpower data previously secured by CWBChicago through a Freedom of Information Act request, the same district had 282 cops when the police hiring plan was announced.

We dropped Moore a line. Where’d you guys get that “plus 50” number? The correct number is 18.

Answer: “from the Mayor’s office.”