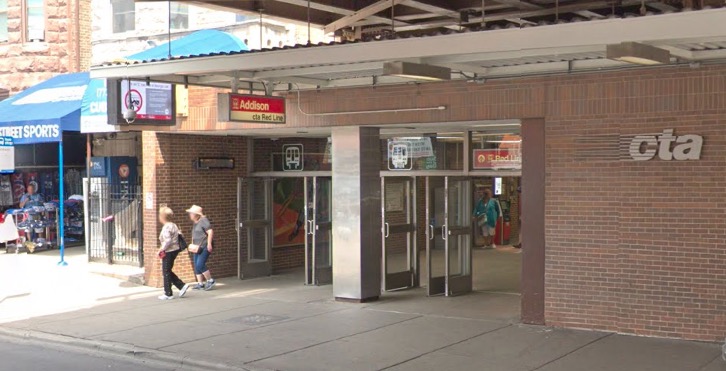 A 25-year-old pregnant woman was punched and kicked by an unknown man on a Red Line train as they neared the Addison station late Wednesday night, according to Chicago police.

The woman was riding home just after 11 p.m. when the man approached her and began insulting her, police said. The offender then became physical, the woman said.

When the doors opened at Addison, the man ran from the train and left the station. The woman waited there for the police.

The offender was described as a slender black male in his 30’s who stands 5’5” to 5’7” tall. He was carrying a brown shoulder bag and wore a brown jacket and blue jeans.

A woman was pushed to the ground and robbed as she headed home from work in the Boystown neighborhood early Saturday morning, according to police.

The victim was walking in the 800 block of West Cornelia around 2:20 a.m. when two men pushed her down and stole a maroon backpack sling bag containing knives that she uses for as a chef. Both offenders then fled northbound on Reta Avenue.

The woman remembered that the men were black and wore ski masks with hoodies.
—————–
Support CWBChicago’s reporting team with a monthly or annual subscription. Members-only perks await!