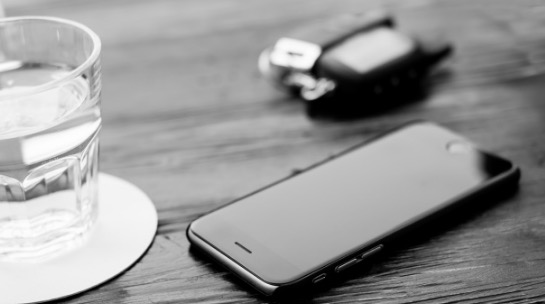 Chicago police are once again warning people about “flyer boys” who steal phones from unsuspecting victims in restaurants and other locations downtown while posing as charity fundraisers.

The thief has hit at least seven times since March 11th, according to a new alert from Area Central investigators. His technique is simple: He approaches victims as they sit in restaurants or in a library with their phone on the table during afternoon hours. Opening the conversation with a request for a charitable donation, the man then places flyers or a newspaper on top of the victim’s phone while going through his charity pitch. When he’s done, he lifts up the victim’s phone along with the papers and leaves the building.

The suspect is described by police as a black male with a dark complexion who stands 5’10” to 6-feet tall.

Another group of flyer boys pulled the same scam at an Old Town bar recently. A CWBChicago reader reported that a crew of “flyer boys” entered the bar on Wells Street on Saturday, March 9th, and began soliciting for their bucket boy “charity.” At least three phones were stolen from bar patrons within minutes, the man said. “No one knew until the manager made an announcement over the speakers.”

A CWBChicago reader’s recent experience at the Ritz-Carlton Hotel bar shows how easy it is to lose valuables while out on the town in the city.

The woman said she and friends were at the bar on a recent Saturday night when a ring of thieves stole her purse “within 15 minutes of sitting down.”

Surveillance video showed a male suspect working with two female accomplices who slipped the woman’s purse off of her seat, concealed it under a coat, and then left the bar, according to an account the woman was reportedly given by hotel security.

Good rule of thumb: If you have something valuable in public, sit on it.
—————–
Will you help us recover the costs of operating CWBChicago? You can make a contribution or purchase a subscription HERE.