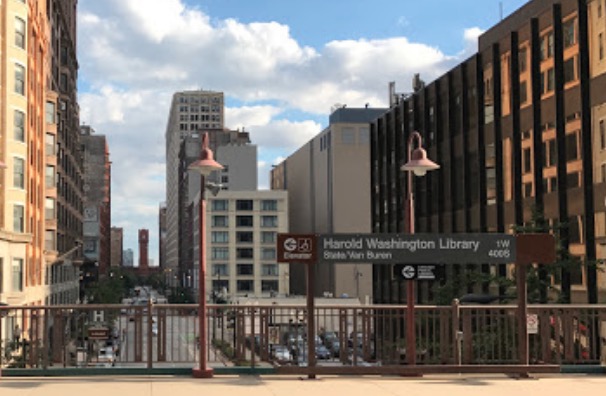 Police are warning CTA passengers about two incidents in which men sexually abused and robbed female passengers in the past two weeks.

Shortly before 1 p.m. on  March 21, a woman was riding the Green Line near the Morgan station when a man approached and asked for food. The offender then touched the woman’s genital area, took her phone, and ran from the train, according to a community alert issued late Friday night.

Then, around 1:30 p.m. on March 26, two men followed a woman onto an elevator at the Harold Washington Library/State-Van Buren train station. The men asked the woman for money. When she refused, the two began kissing the woman and one of the men made contact with her genital area, police said.

The two offenders were black males in their late 20’s or early 30’s who stand 5’6” to 5’8” tall. Both were wearing black skull caps, according to the police alert.

Anyone with information about these incidents may contact Area Central detectives at 312-747-8380 regarding crime pattern #P19-1-113.

—————–
Support CWBChicago’s reporting team with a monthly or annual subscription.
———-
Email      Facebook       Twitter       YouTube
About CWBChicago 4360 Articles
CWBChicago was created in 2013 by five residents of Wrigleyville and Boystown who had grown disheartened with inaccurate information that was being provided at local Community Policing (CAPS) meetings. Our coverage area has expanded since then to cover Lincoln Park, River North, The Loop, Uptown, and other North Side Areas. But our mission remains unchanged: To provide original public safety reporting with better context and greater detail than mainstream media outlets.
Website Facebook Twitter YouTube