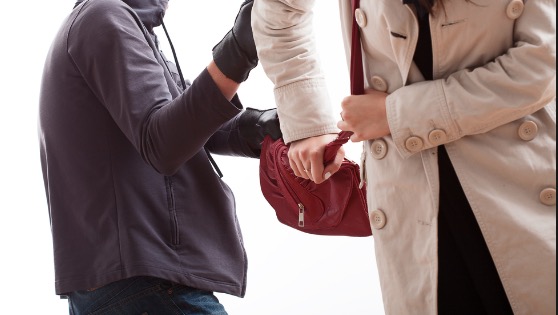 Chicago police issued their second robbery warning of the week for Lakeview on Wednesday. Within hours, another woman fell victim to a violent mugging in the neighborhood.

The latest developments come as an apparent increase in muggings has developed around Wrigleyville, Boystown, and southeast Lakeview during April. By comparison, the first quarter of the year saw the second-fewest number of robberies in Wrigleyville and Boystown since at least 2001.

Around 11:45 p.m. on Wednesday, a Lakeview woman was walking home when she was attacked by two men in the 500 block of West Belmont, police said. The offenders jumped the woman near the corner of Pine Grove and Belmont and repeatedly struck her in the face and head as they tried to wrestle away her purse, police said.

The woman ran home and called the police who said she suffered head injuries and was bleeding from the attack.

She described the offenders as two black men in their early 20’s who stand about 5’10” tall and weigh about 130 pounds. One wore a long sleeve shirt with dark jeans. The other wore dark jeans and had a braided hairstyle, according to the victim. Witnesses reported seeing the men run toward Broadway after the attack.

Earlier on Wednesday, Area North detectives issued Lakeview’s second robbery alert of the week. Warnings are usually released when investigators believe a series of crimes are the work of a single person or group.

The warning said that a group of three to four offenders had been targeting victims who were carrying phones during overnight to early morning hours in the Wrigleyville and Boystown area. Robbers beat their victims and took the victims’ phones before running away from the scene, police said.

One incident was reported in the 3800 block of North Sheffield at 6 a.m. on April 13th.

Police said a 44-year-old man was targeted by a group of offenders near his home in the 3800 block of North Sheffield. “Multiple” offenders approached the man from behind, struck him repeatedly in the head, and took his valuables, a police spokesman said.

The victim sought treatment at Advocate Illinois Masonic Medical Center where he was listed in fair condition.

Then, around 12:05 a.m. on April 14th, a woman was attacked in the 600 block of West Aldine outside of The Nettelhorst School. A witness to the attack wrote on a neighborhood watch site: “Just witnessed a lady get beaten up and robbed by 3 young black men on Broadway & W Aldine Ave. They first walked passed her. Then turned back to hit her violently in her back….Simply disgusting and cowardly!”

The witness walked the victim to her home. A police report was filed later in the day.

According to the police alert, the offenders are three to four black males and females. Witnesses have said the group appears to be in their late teens or early 20’s.

Anyone with information about these crimes may contact Area North detectives at 312-744-8263 regarding pattern P19-N-104.

In both cases mentioned in the alert, two offenders battered people on the street and stole the victims’ phones before running away, police said.

One incident was reported in the 2800 block of North Sheridan at 11:40 a.m. on March 30th. The second robbery was reported in the 2700 block of North Clark at 10:10 a.m. on April 7th. Neither case was dispatched to police officers for an immediate response, which indicates that either the victims reported the incidents to police well after the crimes occurred or police dispatchers chose to route the victims’ calls to a desk officer.

Detectives said the offenders are two black men between 18- and 21-years-old. One of them is about 5’5” tall and weighs about 125 pounds. No further information was available for the second man.

The alert warns residents to “remain aware of your surroundings and free from distractions” and to “pay special attention to suspicious individuals in the area.”

Anyone with information about these incidents may contact Area North detectives at 312-744-8263 regarding pattern #P19-N-103.