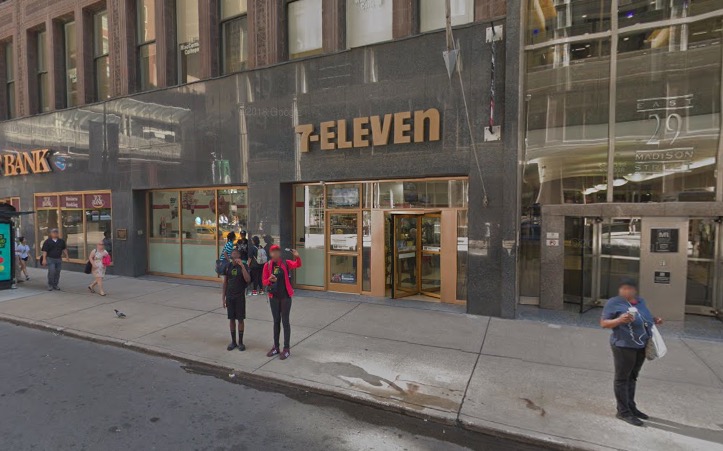 The men walked into the 7-Eleven at 29 East Madison around 1:55 a.m. and began putting food into their pants, according to police. The 42-year-old clerk confronted the men who immediately began beating him in the head and face with their skateboards. At least one offender also bit the victim, according to a police report.

A passing police officer was flagged down by the injured clerk, and two of the attackers were arrested.

Still at large is the third offender, described as a balding white male with a big brown beard. He stands 5’8” to 6-feet tall, wore a white t-shirt, and departed on a skateboard.

The victim was transported to Northwestern Memorial Hospital for treatment of head injuries and bite wounds. An officer on the scene said the attack was “a pretty bad one.”