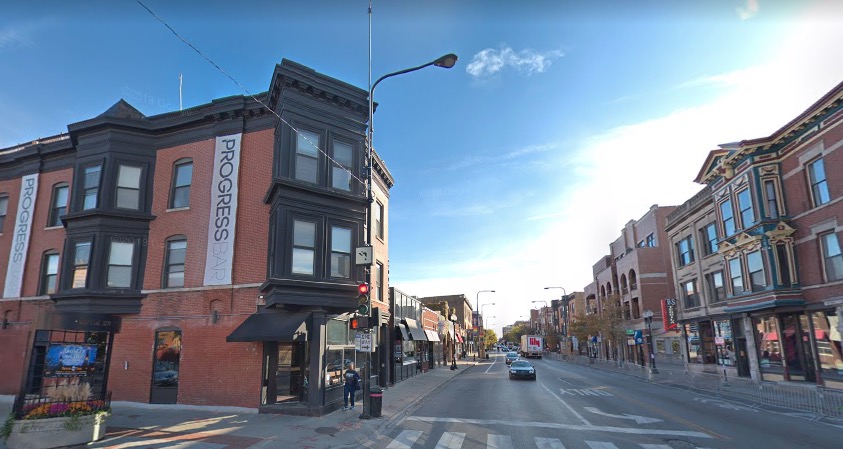 A Boystown bar’s dance floor and restroom were shut down as crime scenes after a man was injured in a fight early Sunday morning according to police and dispatch records. Separately, several people were injured after a man punched a Boystown storefront window in a “fit of rage,” sending at least three persons to nearby hospitals for treatment.

Police patrolling the Boystown nightlife strip were summoned into Progress Bar, 3359 North Halsted, at 2:42 a.m. after a fight was reported inside, according to a CPD spokesperson. Officers separated two men who were fighting inside and summoned an ambulance to treat one who had suffered a cut to his face. That man was transported to Advocate Illinois Masonic Medical Center.

A police spokesman had few additional details except that a 21-year-old man was taken into custody to face charges for the incident, which police classified as an aggravated battery with a knife or “cutting instrument.”

Videos posted to social media showed large crowds gathered at the nearby intersection of Halsted and Roscoe with some people dancing in the streets as officers worked to control the situation.


About 15 minutes later, police handling a disturbance about a block south of Progress Bar said at least five people were injured after an “enraged” man punched out the front window of Slade’s Barbershop, 3314 North Halsted.

Police officers on the scene applied a tourniquet to stem the offender’s blood loss. Bystanders were also injured by flying glass, and at least three were transported to nearby hospitals for treatment, according to an officer who was on the scene.

“The sidewalk was covered in blood,” a witness told CWBChicago on Sunday, saying that entire plate glass window and a neon sign were broken.


—————–
Back CWB’s reporting team and we’ll reward you with members-only reports and services all year long. Join HERE for just $49 a year or $5 a month.
———-
Email      Facebook       Twitter       YouTube
About CWBChicago 4360 Articles
CWBChicago was created in 2013 by five residents of Wrigleyville and Boystown who had grown disheartened with inaccurate information that was being provided at local Community Policing (CAPS) meetings. Our coverage area has expanded since then to cover Lincoln Park, River North, The Loop, Uptown, and other North Side Areas. But our mission remains unchanged: To provide original public safety reporting with better context and greater detail than mainstream media outlets.
Website Facebook Twitter YouTube