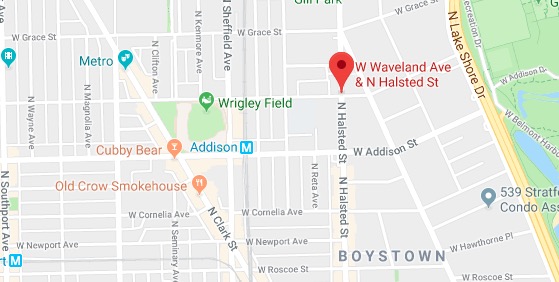 Police are investigating after a Boystown woman was attacked by a group of teenagers Monday night. Some of the offenders may have been as young as thirteen, police said. Now, authorities are facing the very real prospect that the “candy kids” who have been raising havoc during Chicago Cubs’ home games may be launching violent attacks on neighborhood side streets.

A motorist called 911 at 11:15 p.m. last night after seeing a woman trying to get away from four males near the intersection of Halsted Street and Waveland Avenue. The caller said it “looked like something bad was about to happen.” A few moments later, the victim also called for help, saying that she had been attacked by four or five juveniles in an apparent robbery attempt.

Police said the 21-year-old victim was walking westbound on Waveland from Halsted after visiting a nearby convenience store when four offenders approached her, and one began striking her in the face with his fist. Three others jumped and beat the woman from behind, a police spokesman said. Officers requested EMS to look at the woman’s injuries.

The group did not take any of the woman’s property, but her clothes were ripped and she was struck repeatedly in the head, according to one of several local residents who chased the teens away.

The offenders were four black males between 13- and 18-years-old who stand about 5’5” tall, police said. The leader of the group was taller than the others, and he wore a red hoodie with a backpack. All of the teens were last seen heading west on Waveland after the attack.

It is not yet clear if the offenders are related to the Wrigley Field “candy kids,” a violent group of teens and pre-teens who have attacked people near the stadium over the past two years. The “candy kids” have already attacked at least four people on home game days this season, including a Cubs security guard who was knocked unconscious by one the kids last Friday.  Last night’s Cubs’ home game ended around 10:40 p.m., roughly 35 minutes before the woman was attacked.